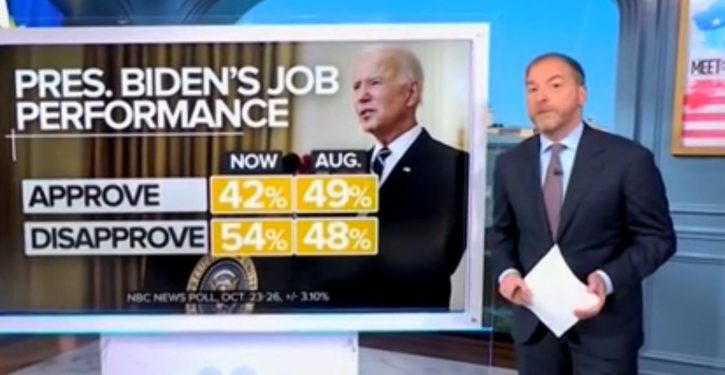 NBC’s “Meet the Press” moderator Chuck Todd laid out a recent poll Sunday that he said amounted to “scary news for Democrats.”

Todd pointed to the new poll, conducted by NBC News, that indicates just 22% of Americans believe the U.S. is heading in the right direction while 71% believe it is not. (RELATED: ‘Pretty Big Credibility Crisis’: Chuck Todd Says Problems Show Up Right After Biden Says They Won’t)

“Just 22 percent of adults say we’re headed in the right direction,” Todd said as he laid out the numbers. “A shocking 71 percent say we’re on the wrong track, and that includes a near majority of Democrats who are saying that.”

“President Biden’s approval rating stands at a dismal 42% versus 54% who disapprove. Believe it or not, just two months ago Mr. Biden was in positive territory,” Todd continued, noting that the numbers only got worse from there.

Todd also pointed to the broader picture, saying that the poll indicates support for Republicans on major issues that could drive people to the polls during the upcoming midterm elections.

Raising one last question about whether or not dragging infrastructure and the larger spending package over the line could give Biden a boost in the polls, Todd concluded, “This much is clear, about the only good news for Mr. Biden and the Democrats in this poll is that the midterm elections aren’t for another year.” 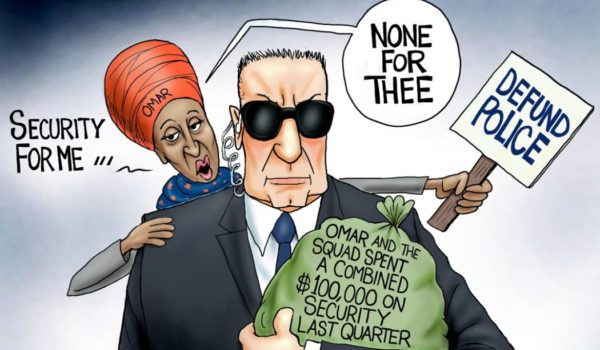