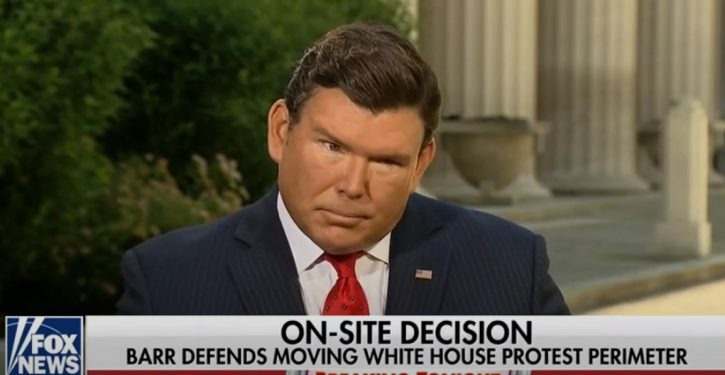 Nevertheless, he persisted. Bret Baier, determined to get Barr to respond in the terms of the media narrative on Lafayette Square. Fox News video, YouTube

In the age of cable news and the internet, the main media sources on the left and right have each engaged in a mass mobilization campaign. Conservative media perfecting the “infotainment” genre of news commentary brought people into politics that a generation earlier would’ve paid more attention to professional wrestling or monster truck rallies instead. Liberalism has captured a combination of an overeducated class with more desire for status than intellectual curiosity along with mentally ill individuals who in the 1990s might have joined some apolitical subculture instead of becoming passionate about race and gender issues.

Obviously, there are exceptions to this rule of “liberals read, conservatives watch.”  Mostly conservatives read this blog, which is as unlike your TV as can be imagined. This blog is a classic example of print media and the written word, designed to inform rather than entertain.

But the data Hanania cites does seem to provide some support for his argument that “conservatives watch, liberals read.” On average, conservatives do seem to get a higher fraction of their news from TV (such as Fox News) than liberals do. And even center-right newspapers like the New York Post and Wall Street Journal are read by as many liberals as conservatives. The New York Post has a conservative editorial page and a centrist or center-left news section, and it has equal numbers of liberal and conservative readers, even though its competitor newspapers like the New York Times repel conservative readers by having a strong progressive slant. The Wall Street Journal has a conservative editorial page and a center-left or centrist news section, but it has more liberal readers than conservative readers, even though its competitors have strong progressive slants that one would think would siphon away the Journal’s liberal readers.