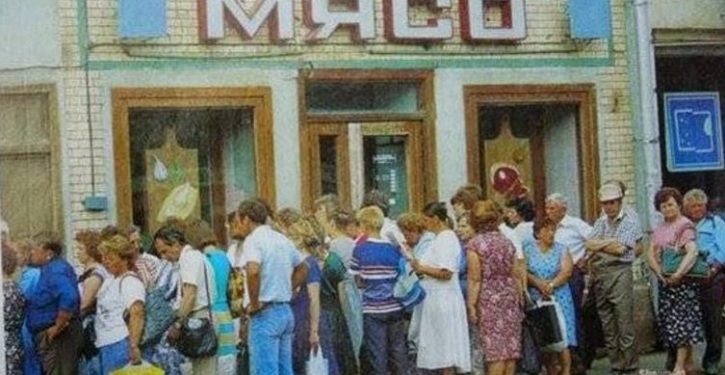 Saule Omarova was nominated by President Biden on Sept. 23 to oversee the nation’s biggest banks and federal savings associations, as the comptroller of the currency. She is a USSR-born and educated professor who praised the former Soviet Union’s pay policies. She recently called for ending banking “as we know it” by moving people’s accounts from private banks to the Federal Reserve.

“Biden’s nominee to regulate banks really, really hates . . . banks,” says the Wall Street Journal. Here “radical ideas might make even Bernie Sanders blush. She graduated from Moscow State University in 1989 on the Lenin Personal Academic Scholarship. Thirty years later, she still believes the Soviet economic system was superior, and that U.S. banking should be remade in the Gosbank’s image.”

In a recent paper “The People’s Ledger,” she proposed that the Federal Reserve take over consumer bank deposits, “effectively ‘end banking,’ as we know it,” and become “the ultimate public platform for generating, modulating, and allocating financial resources in a modern economy.” She’d also like the U.S. to create a central bank digital currency—as Venezuela and China are doing—to “redesign our financial system & turn Fed’s balance sheet into a true ‘People’s Ledger.’”

The Journal says “Ms. Omarova believes capital and credit should be directed by an unaccountable bureaucracy,” a “National Investment Authority.” As comptroller, Ms. Omarova would oversee 1,200 banks and savings institutions. The Journal says “she would have sweeping powers to punish banks that don’t follow her diktats. Recall how financial regulators during the Obama Presidency pressured banks to cut off credit to pay-day lenders.”

Omarova prefers Soviet-era centralized pay scales. “Until I came to the US, I couldn’t imagine that things like gender pay gap still existed in today’s world. Say what you will about old USSR, there was no gender pay gap there. Market doesn’t always ‘know best,’” she said in 2019.

The U.S. Chamber of Commerce has expressed “strong opposition” to Omarova. “Her pursuit of policy proposals expressed in her academic writings are outside the mainstream of either major political party and, if implemented, would lead to a near complete government takeover of banking,” said the Chamber of Commerce’s Executive Vice President.

Omarova’s outlook is shared by increasing numbers of progressives. Democrats have a favorable view of socialism, by an 18 percentage point margin, according to a 2019 Zogby poll. A 2018 Gallup survey also found that most Democrats have a positive view of socialism, but not capitalism. In 2019, the California Democratic Convention booed former Colorado Governor John Hickenlooper (D), when he said “Socialism is not the answer.” In 2018 and 2020, Democratic primary voters replaced several Democratic legislators with avowed socialists in safe Democratic seats. One example is the self-described “Democratic Socialist” Congresswoman Alexandria Ocasio-Cortez.

Socialist policies would cost taxpayers a lot. The progressive webste Vox estimated in 2018 that the “Democratic Socialism” agenda would cost $42 trillion over ten years. That’s twice the size of America’s existing national debt, and paying for it would double the size of the federal budget.

Even so, that massive figure is almost certainly an underestimate. The $42 trillion calculation doesn’t include the cost of the Green New Deal, which has been endorsed by Democratic Socialists like Senator Bernie Sanders, as well as Vice President Kamala Harris. Sanders, who chairs the Senate’s Budget Committee, is very popular and influential among Democrats — he narrowly lost the 2016 Democratic presidential primary to Hillary Clinton, and came in second in the 2020 Democratic Primary.

Researchers say the Green New Deal would cost at least $50 trillion, and perhaps more than $90 trillion — four times the size of the entire U.S. economy, and four times the size of America’s national debt. Key elements of the Green New Deal could actually increase greenhouse gas emissions, according to energy experts like Michael Shellenberger and Thomas J. Pyle, by paying for unnecessary construction that results in pollution, and by shutting down power plants that don’t even emit carbon dioxide but are needed for the stability of the power grid.

Portugal reports nearly 100% of adults are vaccinated
Next Post
Another day, another racist graffiti hoax revealed 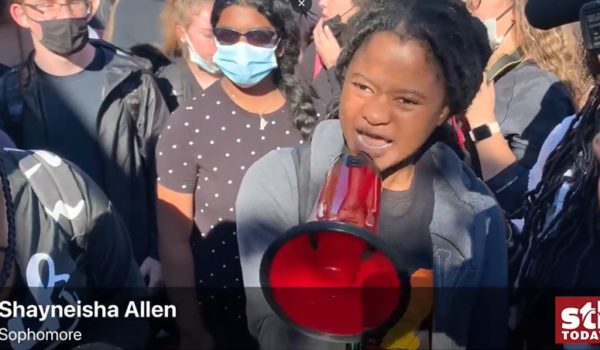