Credibility matters. In parts of Europe, public health officials lied less than they did in the U.S. As a result, when they advised people to get vaccinated for COVID-19, people went out and got vaccinated. In Portugal, nearly everyone over the age of 12 has gotten vaccinated. That has protected the public against the coronavirus, reduced hospitalization rates, and enabled Portugal to approach herd immunity.

Portugal’s health care system was on the verge of collapse. Hospitals in the capital, Lisbon, were overflowing and the authorities were asking people to treat themselves at home. In the last week of January, nearly 2,000 people died as the virus spread. The country’s vaccine program was in a shambles, so the government turned to Vice Adm. Henrique Gouveia e Melo, a former submarine squadron commander, to right the ship.

Eight months later, Portugal is among the world’s leaders in vaccinations, with roughly 86 percent of its population of 10.3 million fully vaccinated. About 98 percent of all of those eligible for vaccines — meaning anyone over 12 — have been fully vaccinated, Admiral Gouveia e Melo said. “We believe we have reached the point of group protection and nearly herd immunity,” he said. “Things look very good.”

By contrast, in the U.S., vaccination rates are lower, after public health officials lied about matters such as the effectiveness of masks, what constitutes herd immunity, and whether hospitalization rates were rising. As the liberal publication Slate notes,

In March 2020, as the pandemic began, Anthony Fauci, the chief medical adviser to the president of the United States, explained in a 60 Minutes interview that he felt community use of masks was unnecessary. A few months later, he argued that his statements were not meant to imply that he felt the data to justify the use of cloth masks was insufficient. Rather, he said, had he endorsed mask wearing (of any kind), mass panic would ensue and lead to a surgical and N95 mask shortage among health care workers, who needed the masks more. Yet, emails from a Freedom of Information Act request revealed that Fauci privately gave the same advice—against mask use—suggesting it was not merely his outward stance to the broader public.

Although some have claimed that the evidence changed substantively in the early weeks of March, our assessment of the literature does not concur. We believe the evidence at the time of Fauci’s 60 Minutes interview was largely similar to that in April 2020. Thus, there are two ways to consider Fauci’s statement. One possibility is, as he says, that his initial statement was dishonest but motivated to avoid a run on masks needed by health care workers. The other is that he believed his initial statements were accurate, and he subsequently decided to advocate for cloth masks to divert attention from surgical or N95 masks, or to provide a sense of hope and control to a fearful and anxious public….evidence suggests that the second interpretation may be more accurate. One thing is beyond a doubt, however: One of those two statements did not accurately reflect the evidence as Fauci saw it. Such high-profile mixed messages in a short time frame, without substantive new data to justify the change, generated confusion and a backlash from politicians, other experts, and the general public…

When experts or agencies deliver information to the public that they consider possibly or definitively false to further a larger, often well-meaning agenda, they are telling what is called a noble lie….Later in 2020, Fauci participated in a second noble lie [about herd immunity]…With the arrival of vaccines in early 2021, the potential for such deliberately misleading messages to backfire became more obvious. Key opinion leaders, agencies, and the Centers for Disease Control and Prevention all articulated some version of “once you are vaccinated, nothing changes”… But the stance was immediately called into question by others, including epidemiologists, who pointed to the high efficacy of the vaccines and suggested that some, but not all, social distancing measures could be relaxed in certain circumstances. Ultimately, the “no change” message, which may have been intended to discourage mass gatherings or out of a fear that unvaccinated people would lie about their vaccination status, may itself have been harmful: Surveys find that interest in vaccination increases if people are told that it means they can stop masking.

The fourth noble lie from government agencies and/or officials occurred more recently. On June 4, using data from February to March, the agency made the case that hospitalizations were rising in adolescents….[but] hospitalization rates in this age group had already fallen again.

I and most of my family have gotten vaccinated, and we are glad we did so. The vaccines dramatically reduce the chance you will get the coronavirus, and reduce the severity of the illness if you still get it. No one in my family suffered any negative side effects from the vaccine, and we have been able to resume living normal lives and socializing the way we did before the pandemic. From doing our own research, we concluded that the benefits of vaccination outweighed any risks.

But it is not a surprise to us that some people won’t get vaccinated, given the mistrust in the government resulting from all its lies. 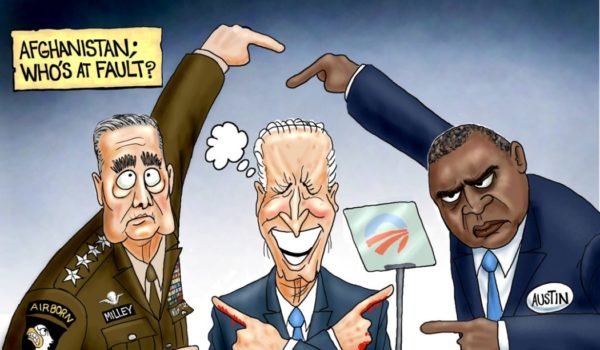 Cartoon of the Day: The buck stops where?
Next Post
Biden’s bank overseer praised Soviet policies, called for ending banking ‘as we know it’ 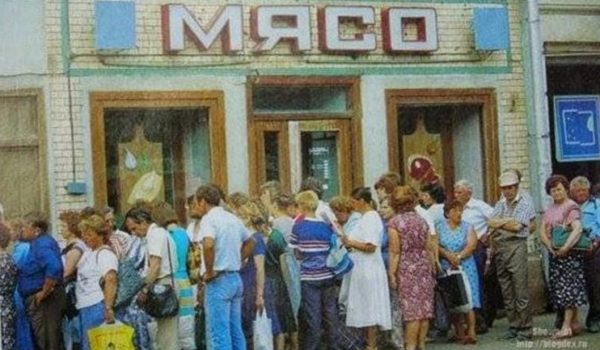