Andrew Maneval is a candidate for the New Hampshire House of Representatives. He is described by the Democratic Legislative Campaign Committee (DLCC) as a “community leader, small business owner, and former chair of the Harrisville Broadband Committee.” He is also a Joe Biden supporter — or at least he was.

The suggestion that he is no longer bullish on the president can be found in the photo of Maneval on a fund-raising page at the DLCC website, which is recaptured below:

If you fail to see a problem, maybe a glimpse of the original photo of the candidate, which was taken a year ago, will help: 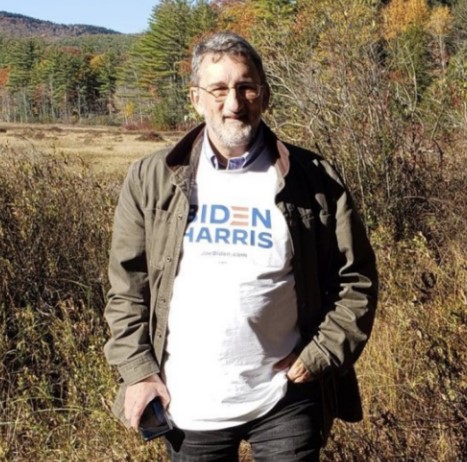 Notice anything different? Sure, in this shot, which is in color, the rural setting of the image is revealed. But compare the candidate’s sweatshirt in this picture with the one in the black-and-white version. The Biden-Harris logo, which Maneval proudly displayed in October of 2020, has been photoshopped out.

Whether the decision to alter the image was Maneval’s or the DLCC’s no one is saying. According to the New Hampshire Journal, neither responded to requests for comment. The article goes on to note:

Given that Biden defeated Donald Trump in the four towns in the district — Dublin, Harrisville, Jaffrey and Roxbury — by 27 percent of the vote last November, hiding Biden may seem an odd strategy.

The reason for Biden’s bad poll numbers is no secret. He’s committed a series of high-profile blunders, from leaving Americans behind Taliban lines in his botched pullout from Afghanistan to the flood of migrants flowing across the southern border in record numbers to the mishandling of COVID-19 messaging as infection rates soar.

The likelihood of the DNC primarying Biden in 2024 seems remote. It would almost ensure losing the White House. Then again, there is no guarantee that Biden will still be president two years from now, so stay tuned.

Do as he says, not as he does: Biden could owe as much as $500K in back taxes
Next Post
Cartoon of the Day: A bridge too far 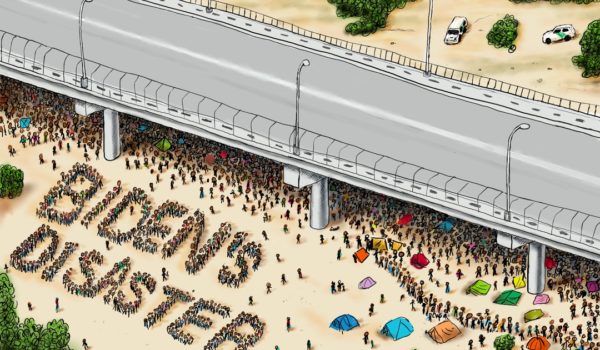