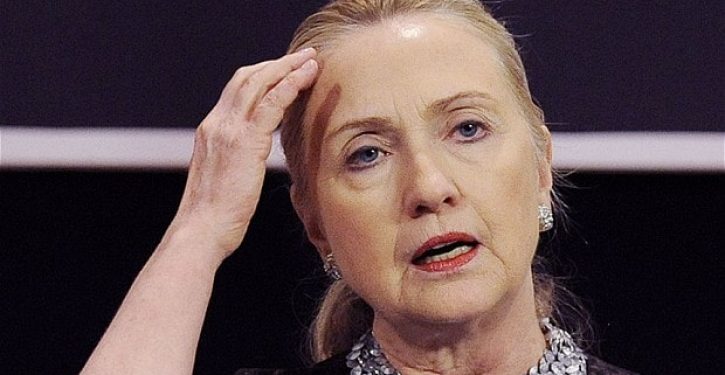 Although the administration and its abettors in the mainstream media have done their darnedest to sweep the Benghazi fiasco under the rug, those in pursuit of the truth have been equally dogged in their efforts. Tomorrow, answers will presumably be provided, when Secretary of State Hillary Clinton faces tough questions from the House Foreign Affairs Committee.

In preparation for Clinton’s testimony, the conservative watchdog group Judicial Watch has prepared something of a score card in the form of a report examining the administration’s and State Department’s actions before, during, and after the assault.

Titled “The Benghazi Attack of September 11, 2012: Analysis and Further Questions from a Diplomatic Security Service Regional Security Officer and Special Agent,” the analysis was overseen by former State Department Security Special Agent Raymond Fournier. The report examines the critical time period leading up to the Benghazi attack, when repeated requests for increased security were shunned by top State Department officials. It also evaluates the administration’s official claim that “an obscure Internet video” triggered the attacks, as well as apparently false claims that four top State Department officials had resigned in response to the Department’s December 18 Accountability Review Board report on the attack.

Among the questions raised by the report are:

The report also suggests that Secretary Clinton was instrumental in advancing the false narrative that the internet video sparked the attacks. Readers are reminded that on Sept. 14, Clinton made the following statement: “We’ve seen the heavy assault on our post in Benghazi that took the lives of those brave men. We’ve seen the rage and violence directed at American embassies over an awful video that we had nothing to do with.”