Conservative principles that make the Party of Lincoln and Reagan grand must be defended daily by those nominated and elected under the GOP banner. We can’t assume that potential voters aren’t influenced by big liberal Democrat lies.

Yesterday, on fake Inauguration Day (as per the U.S. Constitution, President Obama took the operational Oath at noon on Sunday, January 20), we got the more tepid post-re-election-mortem version of “Mitt Romney hated dogs before he aided and abetted Bain Capital job and health insurance loss homicides; Speaker John Boehner threatened to default on the Full Faith and Credit of the United States; and Republicans’ mammas wear Army boots.”

Conservatives and Republicans cherish the fact that their  intellectual kin on talk radio, conservative websites and the “fair” portion of their Fair and Balanced Fox News Channel regularly refute caricatures of them regularly vomited from the lips of Democrats in Congress and the media. Sadly, our last GOP President deemed the Office too lofty for him to dignify Dirty Harry’s dirt and our last GOP nominee thought at least 47% of the electorate were un-persuadable. Turns out that an electoral majority emerged to re-hire the worst presidential steward of the economy since FDR, despite radio refutations and burgeoning food stamp rolls.

For the record (and edification of low information voters), Mitt, like Reagan and Newt and the various Republican majorities in Congress over the past 30 years, never favored gutting the federal safety net for the truly needy and, in fact, never proposed doing so when they had that power. Somehow, Romney never got around to comforting enough Midwestern white voters with those simple facts. And so, in the spirit of not assuming that elected Republicans understand the need to answer Big Democrat Lies faster than Hillary Clinton threatened bimbo eruptions, we review the cornucopia of said lies that was President Barack Hussein Obama’s second Inaugural Address:

What conservatives and Republicans must realize, if they ever want to wield power in Washington to repeal Obama and the Democrat’s increasing totalitarian control of our lives, is that they are in a perpetual war against the America that used to be the Shining City on the Hill. An electorate raised in a culture of narcissism, celebrity, entitlement and intolerant liberal diversity needs all of the accurate information it can get and the conservatives on Fox often get lost in their own network’s “balance”.

The job of saving America is not part-time. Liberal Democrats never rest. If we hope to save America, neither can conservatives Republicans. 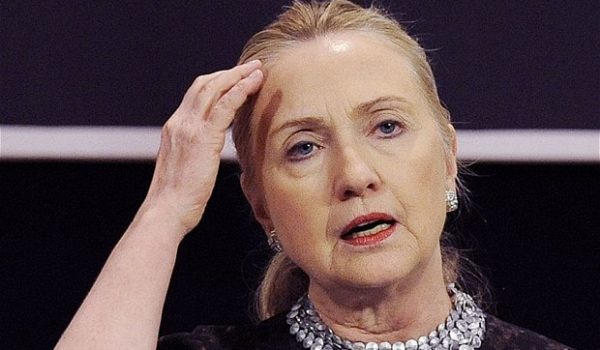