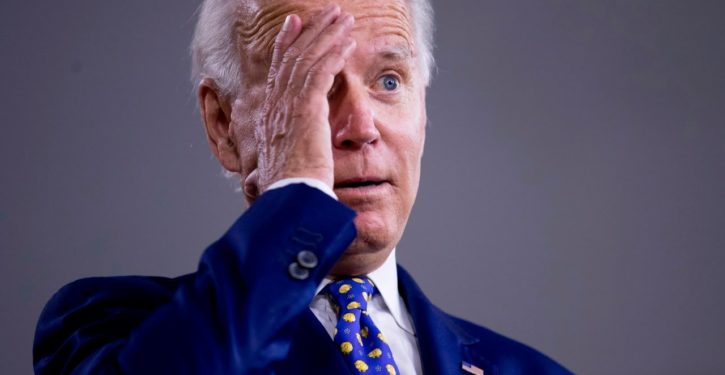 For all his talk of paying one’s “fair share” of taxes, a new non-partisan report released by the Congressional Research Service reveals that Joe Biden may owe the IRS as much as $500,000 in back taxes. The shortfall resulted from the president’s improperly avoiding paying Medicare taxes before he took office, according to the New York Post.

Biden and first lady Jill Biden routed more than $13 million through S corporations and counted less than $800,000 of it as salary eligible for the Medicare tax — exempting the rest from what would have been a 3.8 percent rate. …

The irony of the discovery resides in the fact that to fund his $3.5 trillion “social infrastructure” plan, Biden has proposed injecting an additional $80 billion into the IRS budget for more audits of high-earners and large corporations.

Biden’s hypocrisy was first exposed by the Wall Street Journal when he was still a candidate for president, writing, “Democratic presidential candidate Joe Biden used a tax loophole that the Obama administration tried and failed to close, substantially lowering his tax bill.”

Open thread (9/24/21)
Next Post
Image of the Day: Has Biden lost the Democrats’ confidence? If not, explain this