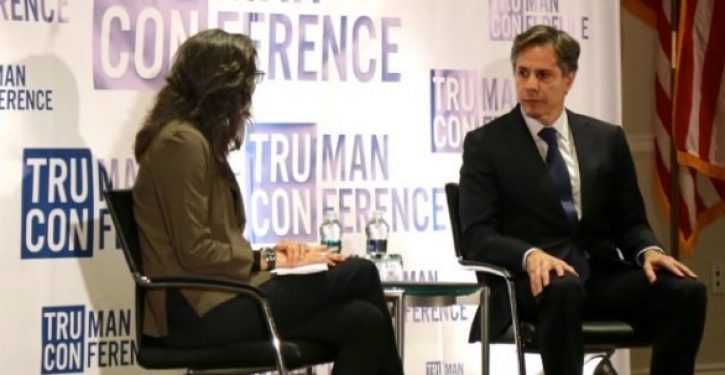 A new candidate for the “Best Laid Plans” award has emerged. At a NATO event earlier this year Secretary of State Antony Blinken laid out America’s goals for ending the 20-year war in Afghanistan. The video that follows captures the essence of his message to America’s allies:

As we move forward, we seek to bring a responsible end to the conflict, to remove our troops from harm’s way, and to ensure that Afghanistan can never again become a haven for terrorists.

In the wake of the Biden administration’s many unforced errors, which included ceding Bagram Air Base to the Taliban and leaving behind $80 billion of military equipment that may be used against American troops in the future, ending the conflict responsibly is now at best a dream deferred. Blinken’s last two stated goals — keeping our troops out of harm’s way and ensuring Afghanistan can never again becomes a haven for terrorists — were both dashed on Thursday by the terrorist suicide bombing. Now the group behind the bombings, ISIS-K, is threatening additional attacks. As Joe Biden acknowledged in a statement on Saturday:

The situation on the ground continues to be extremely dangerous, and the threat of terrorist attacks on the airport remains high. Our commanders informed me that an attack is highly likely in the next 24-36 hours.”

To add insult to injury, the Taliban issued a tweet this morning condemning the U.S. drone strike on Islamic State militants. “It was a clear attack on Afghan territory,” a spokesman for the Taliban is quoted as saying.

JUST IN – Taliban condemns U.S. drone strike against Islamic State militants. "It was a clear attack on Afghan territory," a group's spokesman says.

On Thursday, LU contributor Ben Bowles had broached the question of how the Taliban would react to a U.S. military incursion on Afghan soil. Now we know the answer.

Why won’t Pentagon release names of ‘high profile’ ISIS-K planners killed in airstrike?
Next Post
Did Biden doze off while meeting with Israel’s prime minister? 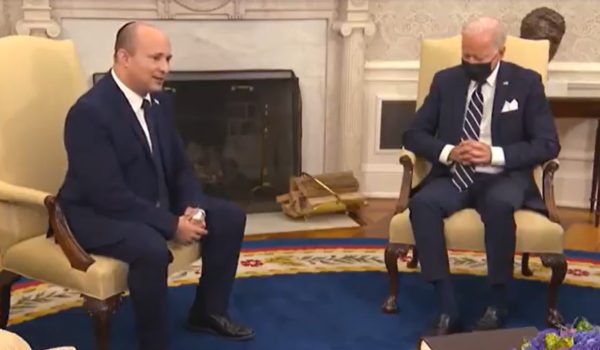