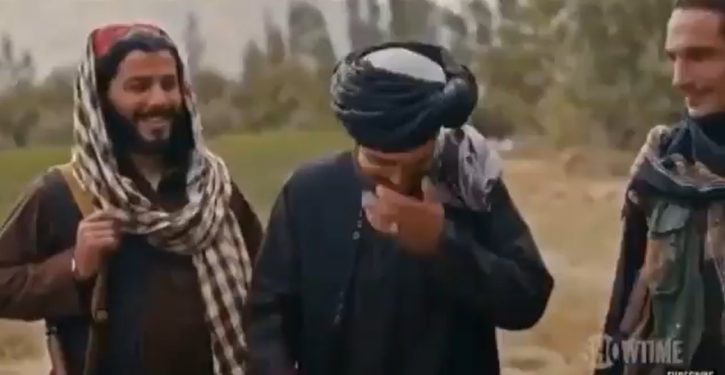 A journalist asked a Taliban commander if the religious insurgent group would support a system where women could be elected to office, which prompted laughter from him and the other fighters on camera.

VICE News reporter Hind Hassan spoke with Commander Khatab of the Taliban about the group’s growing strength in a secret location for a VICE documentary on Showtime that aired March 7.

#Taliban gets asked by journalist if they would accept a democratic system that voted in female politicians.

The response? Hysterical laughing – then “stop filming, it made me laugh”

Hassan asked if a Taliban government would include women’s rights and a democracy to which the Taliban leader said, “Rights would adhere to Islamic Sharia law.”

She pressed on the democratic vote and asked “Would people be allowed to vote in women politicians?”

The Taliban leader put his head in his hands, smiled and started laughing along other Taliban leaders surrounding him. He signaled to the camera and said, “Stop filming. Stop it. It made me laugh,” he said.

During the Taliban takeover of Afghanistan they have signaled a more moderate approach to their rule, specifically for women,  which has been met with skepticism, the Associated Press reported.

Fewer women are on the streets of Afghanistan as they know they will be required to wear burkas and fear retaliation if they don’t, which women were subject to in the 1990s when the Taliban controlled the country, the Guardian reported. Following the fall of the Taliban in 2001, women have been able to get an education and made careers for themselves while U.S. troops helped protect the country, now they fear their progress might be reversed. 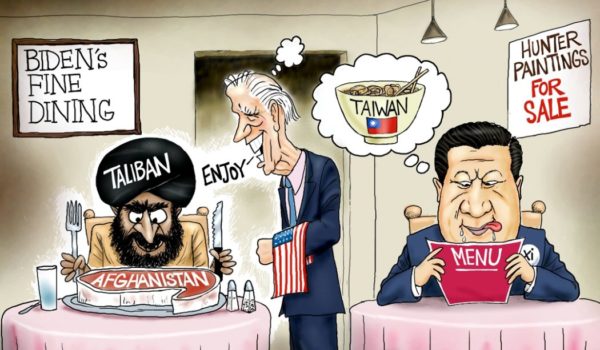 Service with a smile
Next Post
Psaki: 11,000 people in Afghanistan ‘self-identify’ as Americans. Huh? 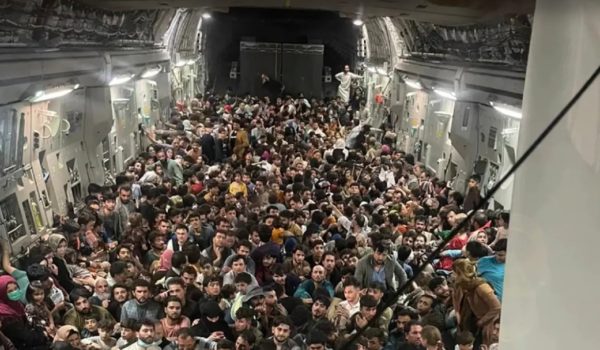