File this one under “Biden predictions that haven’t aged well.”

“The Taliban’s stunning advances in Afghanistan threaten to be a stain on President Joe Biden’s record,” reports Agence France-Presse. “Twenty years of investment that cost $2 trillion and nearly 2,500 US lives were disintegrating within days as the Islamist insurgents seized two of the largest cities with little resistance and closed in on the capital Kabul.”

With the Taliban approaching Kabul’s outskirts, as we speak, things are looking increasingly grim for the president, who has a personal history with Afghanistan. Despite his vaunted expertise in foreign policy Biden voted not only to give George W. Bush the authority to wage war in Afghanistan in 2001 but “approved what has become known as the 2001 Authorization for Use of Military Force (AUMF), one of the most broad, violent and insidious pieces of legislation ever to pass through Congress,” according to author William Rivers Pitt.

Let us not forget that Biden as vice president for eight years was also a strong advocate for a military and humanitarian efforts to rebuild Afghanistan after the United States toppled the Taliban government. He now decries “nation building,” responding on July 8 to a reporter’s query as to whether the U.S. “would be responsible for the loss of Afghan civilian lives that could happen after military exit”:

No! No, no, no! It’s up to the people of Afghanistan to decide on what government they want, not us to impose the government on them. No country has ever been able do that.

But the most memorable answer from that press conference came when Biden was asked, “How serious was the corruption among the Afghanistan government to this mission failing there?”

Biden’s somewhat convoluted answer, which may be viewed in the video that follows, ended with the forecast that forms the title of this post.

What the report of three Fla. teachers dying of COVID in same day fails to tell you
Next Post
Cartoon of the Day: Frequent liar miles 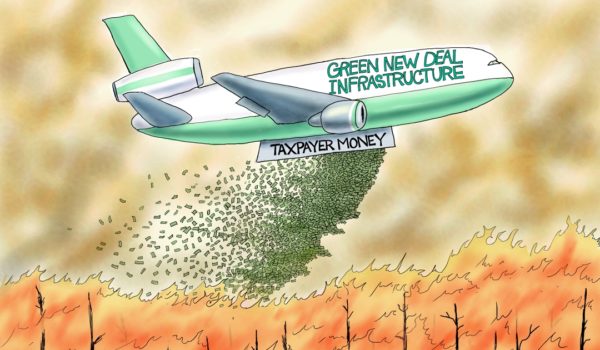