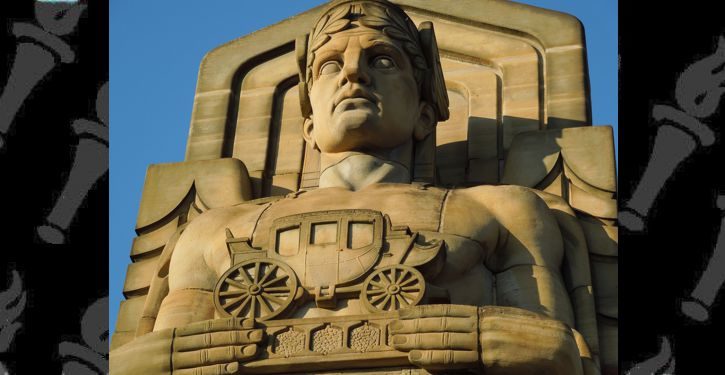 On of the eight Guardians of Traffic sculptures that ensure safe passage across the Hope Memorial Bridge in Cleveland.

Color me indifferent to the Cleveland MLB franchise changing its 126-year-old team name to something that will no longer offend the American Indians living in the city (all 2,061 of them, according to the U.S. Census).

The whole controversy over the long-standing team name, Indians, boils down ultimately to another “princess and the pea” issue. It is parallel to New York City’s announcement in 2015 that it would be closing schools in recognition of the Muslim holidays Eid al-Adha and al-Fitr despite the fact less than 1% of the population is Muslim.

If the Cleveland franchise wants to invest in new uniforms and signage, far be it from me to rain on its parade, even though something tells me the old name may be more difficult to shake than anyone realizes. Certainly the new name, the Guardians, which refers to eight “Guardian of Traffic” sculptures gracing a local bridge, seems a curious choice.

More curious still is the reaction of the Native American community, which is treating the name change as something far more momentous than it seems to the casual observer. Typical of the response is the high-blown statement released by the Lake Erie Native American Council proclaiming, “Today, we stand with our heads held high and full of gratitude to those who came before us in the fight. … This name change will help create a place where Native American children and their families are valued and fully seen.”

… [A]s so many people were saying yesterday, Tiffany, it’s a good day to be indigenous and yet another victory, a long hard-fought victory for native peoples who, you know, in Cleveland they cited yesterday that they’ve been fighting for more than 60 years for this name change.

“Another long hard-fought victory for native peoples?” A Washington Post poll conducted in 2019 found that 90% of Indian don’t care if sports team have names like “redskins” and “Indians.” Seventy percent of those surveyed had no objection to being called a “redskin.”

This whole crusade to force teams to find “less offensive” mascots is just so much cancel culture posturing. 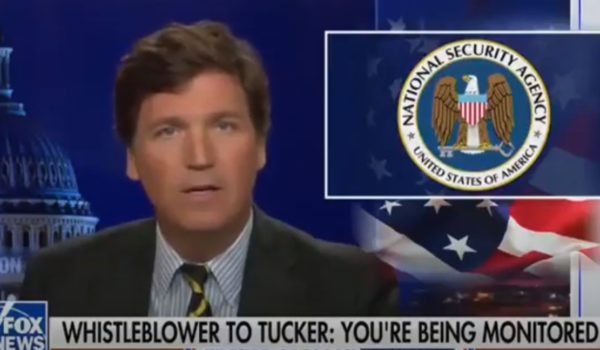 Latest on monitoring Tucker Carlson: Enough to get everybody riled up
Next Post
Biden DOJ won’t investigate Cuomo, Whitmer over nursing home deaths