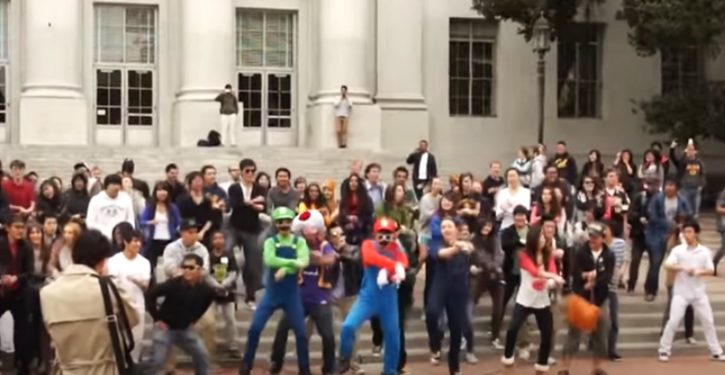 We were just discussing this the other day.  Politico reported on 12 July that “Biden allied groups, including the Democratic National Committee, are also planning to engage fact-checkers more aggressively and work with SMS carriers to dispel misinformation about vaccines that is sent over social media and text messages.”

In my previous article, we surveyed the contextually congruent point that this indicated the SMS carriers would be on the hook to do the actionable monitoring of text messages.  The implication of involvement by Biden-allied groups is that those groups would advise SMS carriers of the “misinformation” to vigilant for.

It wasn’t clear from the Politico report what the SMS carriers were then to do.  Nor was it clear how exactly the Biden-allied groups would “work with” the SMS carriers.

Quite possibly it wasn’t supposed to be clear.  The point of mentioning it may have been to drop a little cluster bomb and let a few bomblets go off, to condition readers to hearing that service providers like SMS carriers are being “worked with” for our good, to combat “misinformation.”

Or maybe it was just surreally sloppy reporting.

But the information point is clear:  Democrats want those texts aggressively monitored.

That package of statements and very basic deductive thinking does not necessarily mean “the DNC is going to monitor your text messages.”

It also doesn’t matter that it doesn’t mean that.  It means something close enough to that that you should be concerned.  It means Democrats want to have text messages monitored, with prejudice, at a service-provider level, for the Democrats’ purposes.  When service providers can be leveraged to de-platform Parler in less than 48 hours, that’s legitimately alarming.

Shortly thereafter, AP picked up on conservative social media users making statements that can be construed as saying the DNC is going to monitor our text messages.

A couple of lawmakers are quoted, one of whom actually used slightly more careful language; but it sounds like they’re saying Democrats (including the DNC, as a “Biden-allied group,” and the one named, in fact, by Politico) are going to monitor our text messages.

“So now the Biden Administration wants to get into people’s text messages … to force vaccine compliance and who knows what else,” Missouri Republican Sen. Josh Hawley tweeted on Monday.

“The Biden Administration in partnership with the DNC, plans to monitor the private text messages of American citizens who question experimental, mRNA, emergency authorized, non-FDA approved vaccines,” Arizona Republican Rep. Paul Gosar tweeted on Tuesday. “I can’t believe I am writing this.”

Meanwhile, on Facebook, users likened the DNC to “Big Brother” and warned that “THE DEMOCRATS WILL BE READING OUR TEXT MESSAGES.”

And gold was struck.  Now AP had a “fact” to “check” in an adversarial manner.

As a refresher, this is the gist of the original statement from the Politico article, as quoted by AP:

Politico reported on Monday that the DNC and other Biden allies were “planning to engage fact-checkers more aggressively and work with SMS carriers to dispel misinformation about vaccines.”

To “fact-check” the conservative reactions, AP visited Twitter and found what the Politico reporter had to say:

“No,” [Natahsa] Korecki tweeted Monday in response to a question about whether the government would be reading personal texts. “Outside groups are attempting to flag to SMS carriers false information campaigns that are driving misinformation on vaccines.”

Well, that’s not what the original article said.

[DNC spokesman Lucas] Acosta explained to The Associated Press that the DNC isn’t infiltrating personal texts, nor is it working with mobile phone carriers like Verizon or T-Mobile to dispel misinformation.

Instead, Acosta said, the DNC is simply notifying SMS aggregator companies, like Twilio and Bandwidth, when it believes a political mass text is fraudulent or violates the company’s messaging policies.

That also is not what the original article said.  Note that in the DNC response, SMS “carriers” become “aggregators” (mass-text bundlers).

Why we should optimistically conclude that, when the whole reporting sequence here has been an exercise in bait-and-switch tag-teaming, is not evident.

So it’s not conservatives whose “facts” are found to be “false.”  It’s Politico, reporting one thing and then rewriting its thesis by way of an AP “fact check,” with the result that AP can frame the episode as a false claim by conservatives.