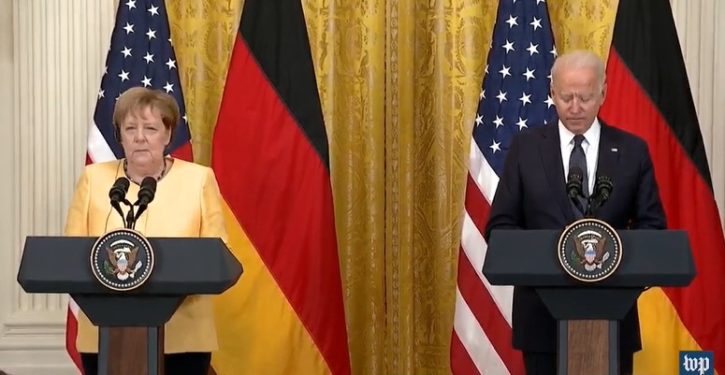 With allies like this, who needs enemies? That thought may have crossed German Chancellor Angela Merkel’s mind yesterday as she listened to Joe Biden inadvertently remark on her girth as he stumbled through a speech summarizing their meeting at the White House. Granted, the frau could stand to drop a pound or two, but who couldn’t?

While reading from written notes he clearly hadn’t so much as skimmed beforehand, Biden lifted his gaze from the podium only once — to punctuate one of his signature “jokes.” (“Chancellor Merkel,” he quipped, “has been here frequently over the past 16 years. Matter of fact, she knows the Oval Office as well as I do”).

That howler was costly because when the president returned his gaze to the page he couldn’t find his place. This partially formed thought was the result:

[T]hrough — though this administration — she’s been there for four years — for four Presidents.

Throughout the entire recitation, Biden exhibited the kind of excitement one generates when reading aloud a shopping list.

His biggest verbal gaffe of the afternoon came when Biden he turned to identity politics:

But I want to take a moment to acknowledge the historic nature of her chancellorship. First woman chancellor in German history. The first chancellor from the former East Germany. And now, the second largest — longest-serving chancellor since Helmut Kohl. [Emphasis added]

The White House might want to have Biden record his speeches in advance so they can be edited and then work with him on lip-syncing. The results couldn’t be any less embarrassing than this. 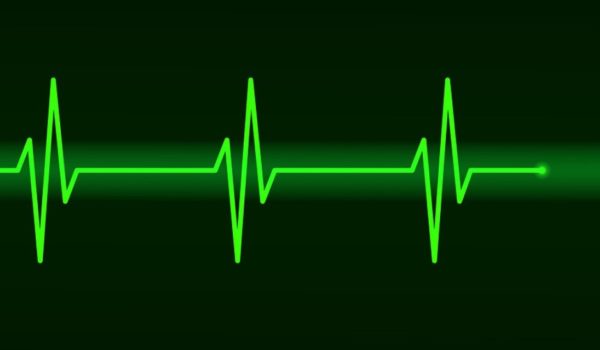 Paralyzed man’s brain waves turned into sentences on computer in medical first
Next Post
Cartoon of the Day: Critical condition 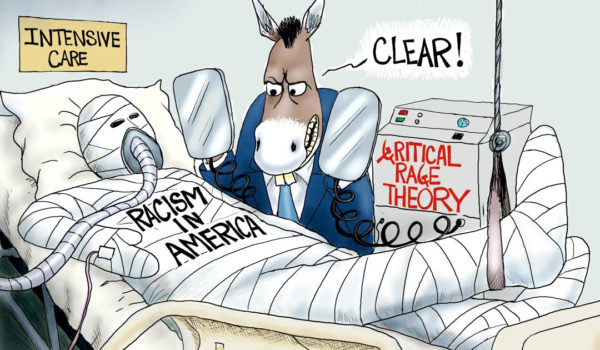