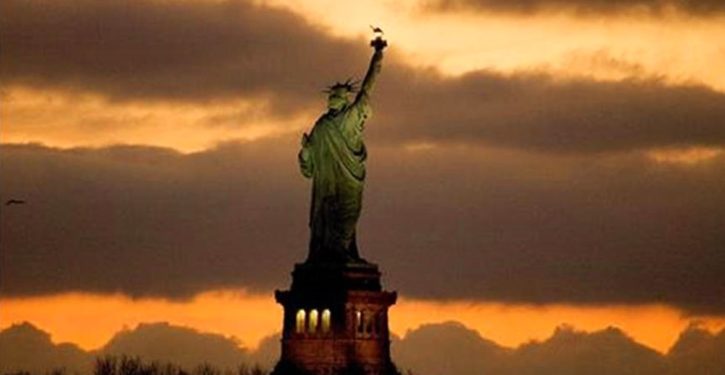 The Statue of Liberty has occupied the same spot on a small island in New York Harbor for 135 years. It seems a little late for Washington Post art critic Philip Kennicott to be getting around to critiquing it as a work of public art, but better late than never, I suppose. (RELATED: Liberal media bash America on Independence Day. Surprised?)

In an article published on the eve of Independence Day and titled “Maybe it’s time to admit that the Statue of Liberty has never quite measured up,” Kennicott writes:

The Statue of Liberty has long been ubiquitous in American culture as a staple of advertising, a backdrop for films and political rallies, and a mandatory stop on the standard tourist pilgrimage. For many Americans — those who trace their ancestry back to European immigrants — it is the preeminent symbol of the melting pot, proof of this country’s charitable nature, its warm invitation to the world and its social mobility.

It’s not what you’d call a rave review. The tone is cynical, and the phrase “for many Americans” is a tip-off to readers that we have not yet heard from “other Americans,” who have a different opinion. That opinion, Kennicott informs us, is that the colossus is “meaningless or foreign … a sign without significance, or worse, a symbol of hypocrisy or unfulfilled promises.”

Reading this, I wonder if Kennicott has ever ventured down to the Battery, the point in lower Manhattan from which excursion boats make the short trip to Liberty Island mulitple times each day. The line for ticket holders often snakes back many blocks, populated mostly by tourists, a fair percentage of whom can be heard conversing in Spanish.

But that reality runs counter to Kennicott’s narrative, as does a historical reference in the work that he overlooks. Namely, a broken shackle and chain lie at Liberty’s feet meant to commemorate the recent abolition of slavery.

Elsewhere he writes, “The ironies and blind spots pile up. Liberty was depicted as a woman, at a time when women didn’t have the right to vote.” As an art critic, he might be expected to know that statue (modeled after the artist’s mother) is a depiction of Libertas, the Roman goddess and personification of liberty. Suffrage was not on the sculptor’s mind apparently.

In closing, Kennicott mentions having last viewed Lady Liberty from a pier in the city, from which perspective “the statue never seemed so small.”

Funny coincidence: As I read, I was just having the same thought about the Wasington Post. 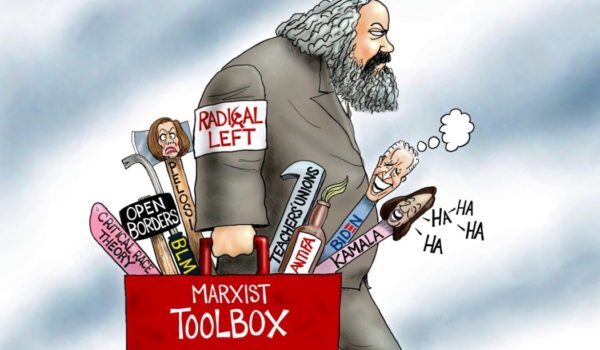