[Ed. – Say hello for better or worse to New York’s next mayor. (Skip worse as an option if the object of the comparison is Bill de Blasio.]

Brooklyn Borough President Eric Adams has won the Democratic primary for mayor of New York City after appealing to the political center and promising to strike the right balance between fighting crime and ending racial injustice in policing.

A former police captain, Adams would be the city’s second Black mayor if elected.

He triumphed over a large Democratic field in New York’s first major race to use ranked choice voting. Results from the latest tabulations released Tuesday showed him leading former city sanitation commissioner Kathryn Garcia by 8,426 votes, or a little more than 1 percentage point.

“While there are still some very small amounts of votes to be counted, the results are clear: an historic, diverse, five-borough coalition led by working-class New Yorkers has led us to victory in the Democratic primary for mayor of New York,” Adams said in a statement.

The funniest eight words ever spoken: ‘I give you my word as a Biden’
Next Post
WaPo art critic assails Statue of Liberty as ‘symbol of hypocrisy’ 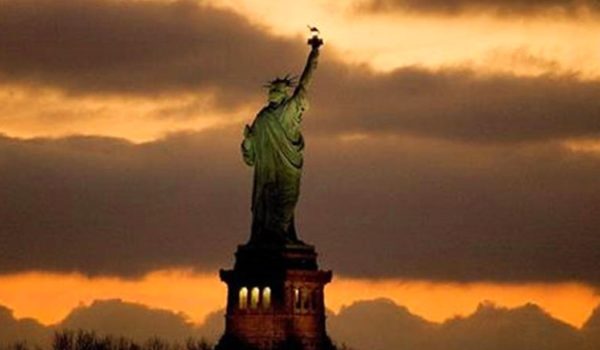