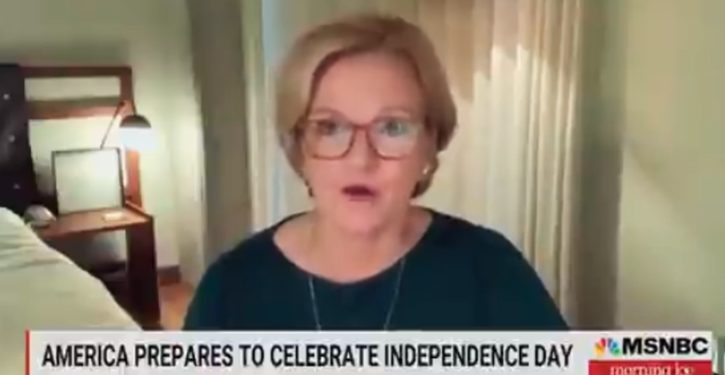 Liberty Unyielding has been following the “holiday table talk” debate for some years, and has compiled an impressive record of left-wing media and Democratic instruction guides on how to talk to your captive friends and relations about political topics like Obamacare and gun control.  See here, here, here, here, and here, to get you started.

In 2018, we learned that only 15% of Americans were enthusiastic about talking politics during holiday gatherings; Thanksgiving, in that case.  (We were, frankly, surprised it was that many.)

But it seems Democrats, including former office-holders no longer employed by the taxpayers like former Missouri Senator Claire McCaskill, continue their indefatigable course.

McCaskill hasn’t explicitly suggested other Americans copy her household’s plan to enrich the celebration of Independence Day this year.  But it seems unlikely that she mentioned it idly or at random in a remote interview with MSNBC this week.

So, basically, they’re going to incite themselves in perpetuity to brood over their narrative about the Capitol riot.  Orwell would be proud.  Will the viewing be followed by a two-minute hate?

As Matt Vespa notes, “McCaskill also said that this riot was worse than Benghazi.”  In one sense, maybe it was.  It involved even more American stupidity than the attacks in Benghazi.

Focusing on it on America’s Independence Day seems counterproductive, in the manner of focusing on – well, Benghazi, or Mogadishu, or the barracks bombing in Beirut, or, for that matter, the British torching of Washington, D.C. in August 1814.

Except – and this is a quibble that on inspection isn’t a minor one – the Capitol riot was a brief riot that was under control within a few hours and didn’t resurge or recur, unlike all the dozens of riots across America in the preceding seven months.  It doesn’t rise above the level of gravity of those previous riots, much less above national setbacks like the Los Angeles riots after Rodney King’s death, or the U.S. embassy hostage crisis in Tehran, or the political assassinations of the 1960s, or the Tulsa race riots of 1921, which we’re commemorating this year.

The Capitol riot had no hope of meaningfully inconveniencing government in America, much less “toppling” it.  It was inexcusable disorderly behavior, but besides the shooting death of Ashli Babbitt during her unauthorized entry, it had no consequences for history – other than the ones the Democrats are now determined to bring about.  It might as well have been the bombings of the Capitol in 1983, 1971, and 1915 (all political; none of which anyone now remembers), or the shooting attack by Puerto Rican independence militants in 1954.

Except, of course, that on January 6 2021 there were no bombs or guns used at the Capitol.

Punish the perps – not with process, but with the timely administration of justice.  Stop with the kulak-vilification propaganda themes.  For that matter, pursue the rioters, vandals, and arsonists who laid waste to American city blocks for months in 2020, including the relentless attempts, night after night, to burn the federal courthouse in Portland, Oregon.

None of this needs to be incorporated into the commemoration of our national Independence Day.

Somehow, we’re pretty sure the McCaskills’ new July 4 ritual isn’t going to catch on across the fruited plain.  We’ll be anxious to see a social media post featuring their quality time with the video, however. 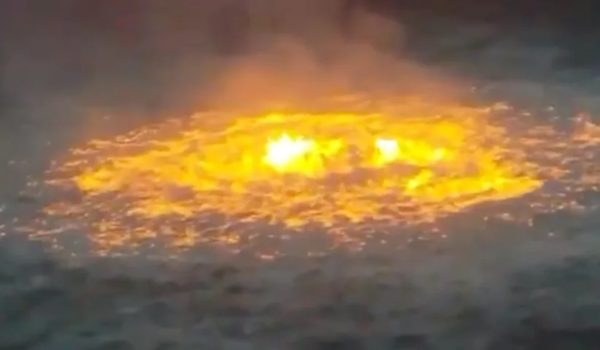