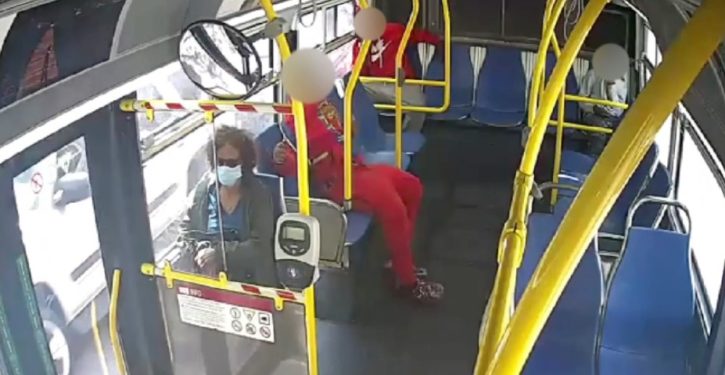 The San Francisco Police Department is seeking the public’s help. Unfortunately, the department made that task infinitely harder by blurring out the face of the perpetrator pf the attack described as a “black male in his teens … last seen wearing a red, long-sleeve top with colored logo on the front, matching red pants and a black backpack,” according to the San Francisco Chronicle.

As the video begins, the teen can be seen moving from another seat to one behind the woman would give him easier access to the target’s hair. He then flicks a cigarette lighter and holds the flame up to her hair. After it fails to catch several times, he checks the lighter to make sure there is fluid.

Please visit the attached link to read the full synopsis regarding this incident➡️https://t.co/sy8gO16pOw pic.twitter.com/LVXMa8r4rt

The New York Post reports that the perpetrator finally succeeded in his potentially murderous assault on the woman, described as female, between the ages of 50 and 60, “of Filipino or Latin descent,” with dark hair and eye glasses. After completing his racist “prank,” the firebug and two pals exited the bus and vanished. The victim was helped by other passengers. (RELATED: Man arrested for punching Asian woman in Chinatown had forty prior arrests)

It is not known how seriously injured the woman was because she left the scene before police arrived.

Biden imported oil from Iran in March for first time since 1991
Next Post
California middle schoolers get assigned HuffPo op-ed, ‘Why I’m a Racist’ 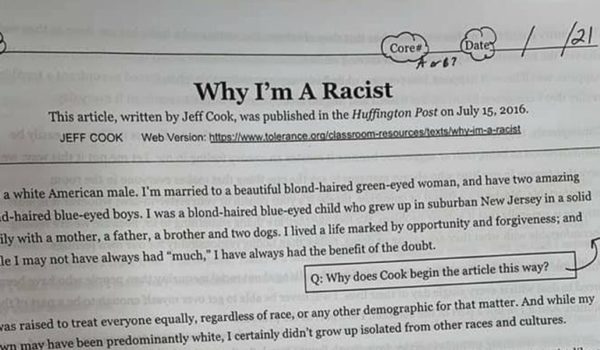