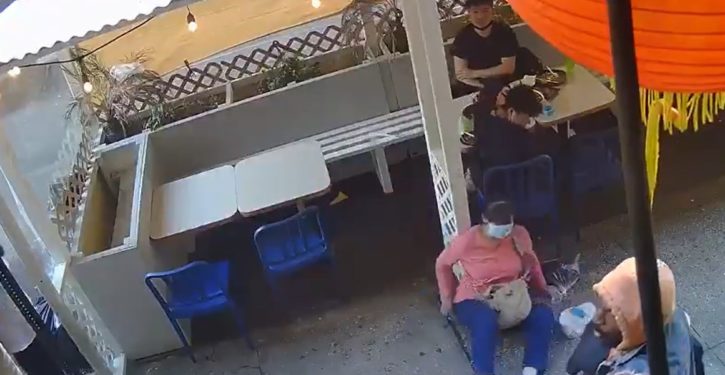 These incidents are playing out so frequently, especially in New York and California, which have large Asian populations, that they are almost becoming redundant. In this latest attack, which happened on Monday in New York’s Chinatown, the unidentified victim was walking along a street at 6:20 p.m. when a bruiser approaching from the opposite direction cold-cocked her and she crumpled to the pavement.

As a group of passersby rushed to the woman’s aid, the assailant turned around, points at them, and ordered them to “be cool” as though his actions were perfectly justified. Then he turned and walked off. Watch. (Warning: graphic violence)

Fortunately, police were nearby and arrested the perpetrator, who has been identified as Alexander Wright, 48. He was arrested and charged with assault as a hate crime, assault and criminal possession of a controlled substance. Police took him to Bellevue Hospital for a psychological evaluation.

According to a study by the Center for the Study of Hate and Extremism, at California State University, hate crimes targeting Asian Americans rose 150% in America’s largest cities last year. The report reveals that 122 such crimes occurred in 2020, compared against 49 such crimes in 2019.

The irony in all this is that the attacks occurred even as protest marches were staged nightly  purportedly dedicated to eradicating racism in the country. (RELATED: NBC rushes to explain why crimes against Asians aren’t always hate crimes)

Media coming to rude awakening that they have been dispensing fake news after all
Next Post
Cartoon of the Day: Witch hunt continues 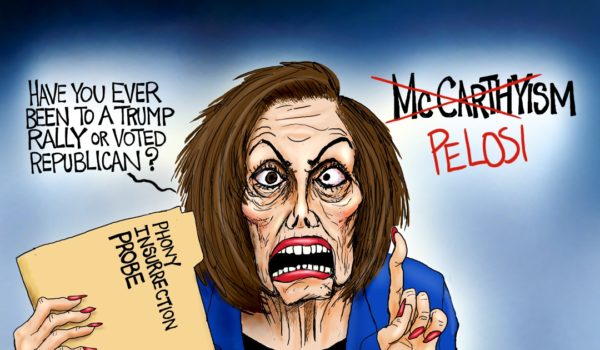