Ah, that Joe Biden. He’s quite the kidder. In March, he joked about being old, which was quite a knee slapper coming from a man who is almost certainly in the throes of age-related dementia.

One of his best “jokes” came back when he was on the campaign trail and told a crowd in Kenosha, Wisc., that he would be shot if he started to rant about raising taxes. In comedy, timing is everything. And this particular howler came within days of the police shooting of Jacob Blake, a black man. (RELATED: Did you hear Biden’s latest ‘joke’? It’s on him and everyone who plans to vote for him)

His latest bon mot occurred yesterday during an unscheduled visit to a Ford driving course at which safety tests are normally conducted. Biden had a chance to test drive the new Ford F-150 Lightning, which is electric. As he prepared to put the pedal to the metal, a reporter asked “Mr. President, can I ask you a quick question on Israel before you drive away since it’s so important?”

Biden’s witty response? “No, you can’t. Not unless you get in front of the car as I step on it.” After a few chuckles from sycophants, he added, “I’m only teasing,” which was obvious. But what was the point of the “joke”? That he doesn’t care to comment about a crisis in the Middle East that he himself in large measure manufactured? Don’t the American people have a right to know?

Biden was in an equally jocular mood in January when Fox News reporter Peter Doocy asked him about his first phone conversation with Russian President Vladimir Putin. Not cracking a smile, Biden snidely replied, “You. He sends his best.”

Banning critical race theory is bad, but real danger is belief in right to ban ideas
Next Post
Cartoon of the Day: What a drag! 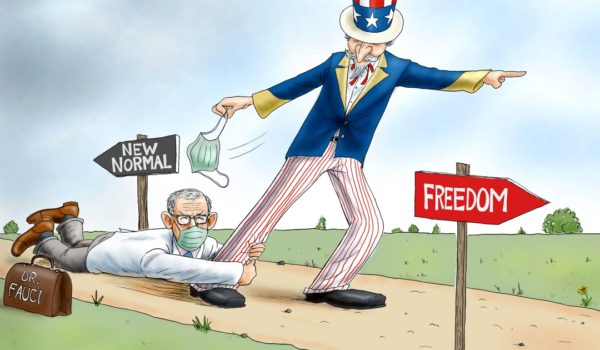