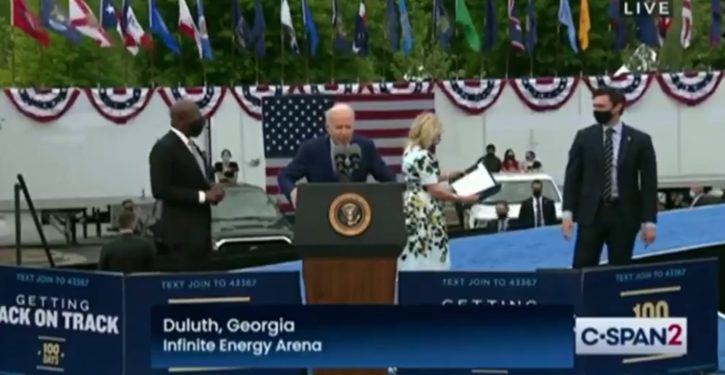 To judge from Joe Biden’s behavior at a drive-in event in Georgia on Thursday, you’d never guess he had been injected with the COVID vaccine. The event, meant to mark his achievements in his first 100 days in office, was about to get underway when he began searching frantically for something, flipping through pages of binders, frisking his own pockets. Dr. Jill and several of his aides joined in the hunt, but to no avail. Desperate, Biden finally pleaded his case to those assembled. “Looking for my mask,” he said into the microphone as if he hoped someone in the audience might have it, “I’m in trouble.”

This is the same Joe Biden who the day before shared the new CDC guidelines at a White House press briefing. You no longer need to wear a mask outdoors alone or in a small group as long as you’ve been vaccinated, he told reporters. Granted, his actions, which included wearing a mask outdoors until he reached the podium at which point he removed it, belied his message. But one would assume he had nevertheless internalized it.

Yet here he was a day later, acting as though his life depended on finding that loose-fitting cloth black mask that has been sliding down his nose for the past year.

On Friday, former Trump COVID testing czar retired Adm. Brett Giroir appeared on Fox News Channel’s “America’s Newsroom,” where he was asked about the incident in Georgia. Here is what he said:

[T]he data are really clear, if you are vaccinated and the people around you are vaccinated your chances of dying of COVID are much less than dying of just a car crash going out in the street, or normal daily activities. So if you’re around vaccinated people you should not wear a mask. You’re very, very safe. If you are outdoors you can always physically distance and be outdoors without a mask around other people. We know the transmission is very low. So I think this is very confusing and it’s causing people to not have faith in the vaccine. It’s exactly the opposite of what we want.

By the way, Biden’s the mystery of the missing mask was solved when Biden reached into his pants pocket, where the mask had been “hiding” all along. 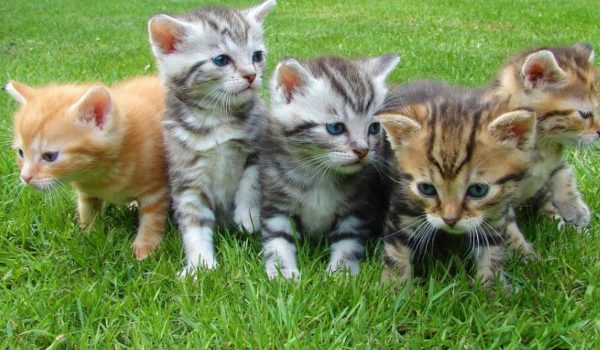