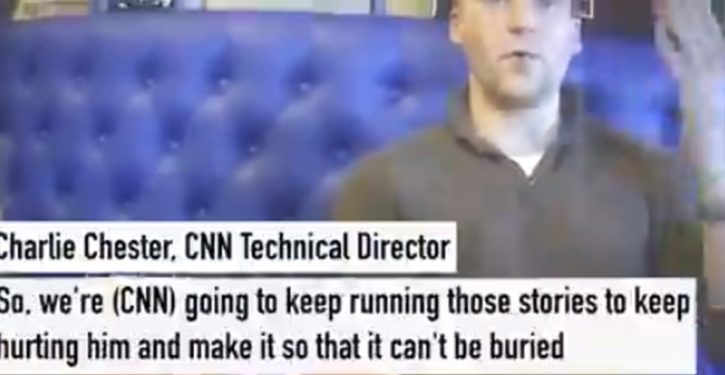 The funny thing here, if you want to call it that, is that the CNN technical director seen in new video clips from Project Veritas brings up the Gaetz-themed reporting as an example of what propaganda is.

You can’t make this stuff up.  Charlie Chester is asked in the video to define propaganda, and his example is what CNN has been doing to Matt Gaetz.

“If the agenda say, is to get @mattgaetz right now, he’s like this Republican. He’s a problem for the Democratic Party…So we’re(@CNN) going to keep running these stories to keep hurting him.” pic.twitter.com/6Gjr8R7Eh5

Chester continues, “So we’re going to keep running these stories to keep hurting him and make it so that it can’t be buried and just like settled outside court just and like, you know, if we keep pushing that, it’s helping us (CNN).”

The “settled out of court” presumably refers to the allegations CNN and other outlets have been running that make it sound as if Gaetz is the target of a big Justice Department investigation.  (An aide recently interviewed by the FBI appeared to think that whatever probe is being done of Gaetz may well have been prompted by the media, rather than arising organically through law enforcement interest.)

Judicial Watch or another watchdog might put in FOIA requests for information on an investigation of Gaetz, and discover that, sure enough, there was no there there.  But that wouldn’t stop the media from continuing with their anti-Gaetz narrative.

National Pulse did excellent spadework over the weekend uncovering the facts behind a demonstrably false story run about Gaetz by CNN.  The article linked at the top alludes to it.  It’s regrettable that this stuff infests our infosphere, but worth the reminder from Charlie Chester’s brief words about where it’s coming from.

When the allegations about Gaetz – not one of which has ever been sourced – came out, readers may recall that they led immediately to a cast of Russiagate/Spygate characters.  It seemed pretty disgusting that Robert Levinson’s name and tragic situation would be dragged into this, but that detail was telling in that it clarified how significant the stakes probably are in taking Gaetz down.  Someone wanted to use a big-trigger allusion to load the propaganda with emotional freight.  (It does make me wonder if Gaetz’s associate Joel Greenberg, the individual who reportedly is facing an actual sex trafficking charge and is “working toward a plea agreement,” knows something inconvenient to Democrats and has to be set in a hall of distorting mirrors.)

At any rate, Charlie Chester has probably tied it down neatly with his reference to Gaetz being a problem for the Democratic Party.  The media war on Gaetz has Fusion GPS written all over it, particular as regards crafting the narrative around a set of actors Fusion already knows intimately (i.e., the folks involved in the Levinson rescue attempt in Obama’s first term).  Fusion’s big Oscar-worthy performance was the Russiagate script with all the same characters – and it was ginned up to serve the interests of the Democratic Party.

The especially clarifying aspect of this is that what’s happening is thus not original, self-initiated reporting by CNN.  CNN – and other outlets involved – appear to be running with a script spun out from a media war-room serving the Democrats.

It’s not journalism, and the technical director at CNN knows that.  It’s not something to have professional journalistic pride in.  That helps illuminate their lack of interest in, or compunction about, proper sourcing, contacting story subjects for comment, reporting honestly what the subjects tell them, and so forth.  The conclusion would be that they don’t care because they’re not engaged in journalism.  It’s someone else’s narrative, and they know perfectly well, as Chester forthrightly admits, that it’s propaganda.

Their gratification comes from waging the propaganda war successfully to achieve political effects, not from turning in good journalism.

Chester already said that when he was talking about going after Trump.  We’ve witnessed and largely understood it for years, which is why I simply didn’t believe anything CNN or any other outlet was saying about Matt Gaetz.  (I carry no particular brief for Gaetz, but I’m done accepting serious allegations that are never backed by evidence, or attributed to credible sources, and that never lead to concrete real-world outcomes.  No more.)  I don’t believe most of what they say about quite a few topics now, which of course is appalling, when you take a step back.

But these are organizations that are trying to sell everything from team sports to COVID-19 to rumors of war in Europe and the Far East as tales of “climate change,” “racism,” and “white supremacy.”  The wheels came off their bus a long time ago, and it’s pathetic now to keep taking up every unsourced, evidence-free crumb they drop and running with it as if there’s a reason to give it credence.  They don’t wait for news; they look for things to frame as “inequity” and “new Holocausts,” and if they don’t find them, they make them up.

Whoever came up with the term “BlueAnon” has it right.  The media war room tale-spinners might have their retail outlets among the most august of legacy publishing organizations, as opposed to the new-media Valley Forge in which so many are wintering, struggling to stay afloat as Big Tech tries to strangle them off.  But it’s the media war room tale-spinners and their cooperative outlets, vibrating to what’s good or bad for their associated echelons of the Democratic Party, who might as well be “Q.”

Biden’s cyber nominee on board of think tank founded by Spygate prof Stefan Halper
Next Post
Where are the protests over this black death? 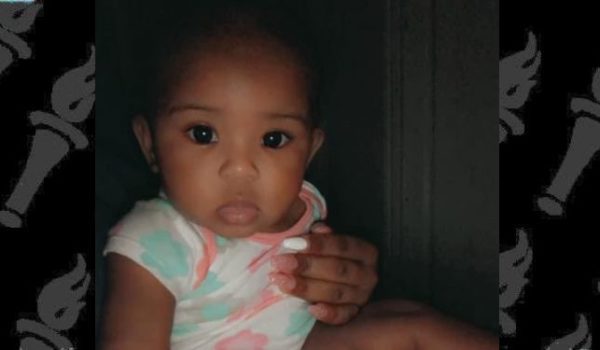