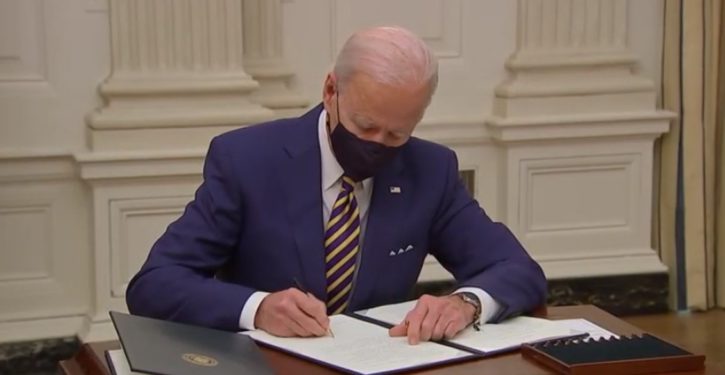 In less than three months since President Joe Biden was sworn into office, Republican states have waged war on his agenda, suing the administration on climate change, energy, immigration and taxation policy. But the conservative attorneys general who started filing the lawsuits in March said they aren’t done yet and expect to continue challenging the administration in court.

“We are sharpening the pencils and filling up the inkwells,” Louisiana Attorney General and former Republican Attorneys General Association Chairman Jeff Landry, who is leading two of the ongoing lawsuits against the Biden administration, told the Daily Caller News Foundation.

Landry said there will be plenty of legal action and success in court against the president and his administration. (RELATED: Biden Overstepped Constitutional Authority when He Revoked Keystone Pipeline Permit, Multiple States Allege in Lawsuit)

Montana Attorney General Austin Knudsen said Republican attorneys general believe that with a gridlocked Congress, states are the last line of defense for Constitutional rights. The attorney general added that he will continue to focus his efforts on Biden’s reliance on executive action, which the president has used to forward several key policy items.

“When you step in on day one and start issuing edicts and executive orders like King George, I and a lot of other conservative Republicans are going to start having problems,” Knudsen said in an interview, adding, “State attorneys general are coming into their own and realizing they can be an effective pushback against an overreaching executive.” (RELATED: 13 States Sue Biden Administration over Federal Oil and Gas Leasing Ban)

In his first 11 weeks, Biden has outpaced his immediate predecessors in issuing executive actions, according to The American Presidency Project. Biden has signed 38 executive orders compared to former Presidents Donald Trump, Barack Obama and George W. Bush who signed 23, 18, and 8 orders respectively during their first 11 weeks in office. Biden signed more executive orders in his first two days in office than Trump signed in his first two months, according to The Economist.

Landry, meanwhile, has led legal challenges against Biden over his executive order banning new oil and gas leases on federal lands and his orders that have allegedly contributed to immigration authorities releasing criminal illegal immigrants into the U.S.

“The Biden administration has already gone much further than Barack Obama. The Obama administration would sometimes pause on various topics and really be very sensitive to the public relations appearance,” West Virginia Attorney General Patrick Morrisey told the DCNF. “Biden is going a lot further across the board.”

“Frequently people talk about separation of powers between the three branches on the federal side: the executive, the legislature, and the judiciary,” he continued. “But there’s also a critical need to ensure that the states don’t get run over by the Feds.”

Both Morrisey and Knudsen told the DCNF that they expect to soon challenge Biden’s recent spate of executive actions targeting gun violence in court.

Over the last four years, Democratic attorneys general led an unprecedented blitz against Trump’s policies, filing hundreds of lawsuits. The Trump administration suffered defeat in nearly 80% of the 207 cases brought against it in court, according to The Institute for Policy Integrity.

A large majority of the cases challenging the Trump administration accused the president of violating the Administrative Procedure Act (APA), The Washington Post reported. The 1946 law mandates that federal agencies provide sufficient reasoning for rules and regulations they put in place.

But Republican attorneys general have now turned the tables, accusing Biden of violating the APA. The first lawsuit filed against Biden in March accused him of violating the APA when he declared there were “social costs” of continued greenhouse gas emissions in a January executive order.

“They didn’t like the Trump administration violating APA,” Landry told the DCNF. “But they were quick to violate the APA, as soon as Biden became president.” (RELATED: 12 States Sue Biden Administration over Climate Policies, ‘Massive Expansion’ of Regulations)

In addition, regulatory experts said the Biden administration is in for “rough sailing” when it comes to the potential lawsuits it may face, according to the Wall Street Journal. Because it is expected to continue issuing numerous regulations, the administration will be more vulnerable to challenges.

The White House, though, is reportedly gearing up for the onslaught of court battles, spokesperson Mike Gwin told the Journal. Gwin said the administration has a “firm legal footing” while Republican attorneys general have reiterated that they are prepared to win these cases.

“I’m not interested in filing lawsuits just for the sake of a headline,” Knudsen told the DCNF. “We wouldn’t file these things if we didn’t think there was a legitimate violation and a legitimate chance of winning in court.”

“I file cases because it’s the right thing to do and I think someone’s rights have been violated,” he continued. 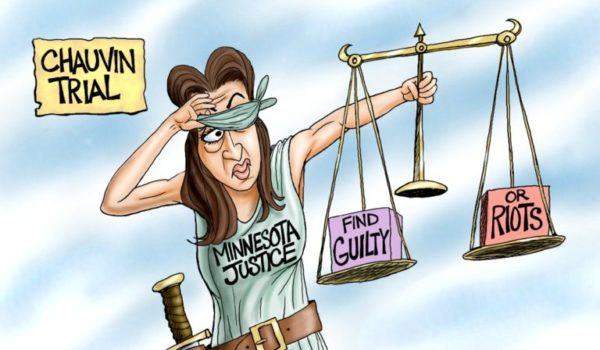 Cartoon of the Day: Justice is (half) blind
Next Post
Biden spending $60 million a week just on illegal children caught at border 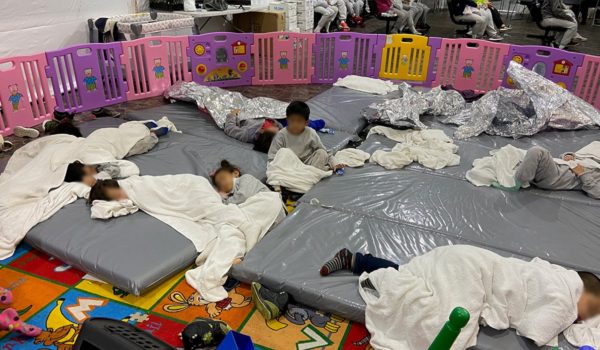