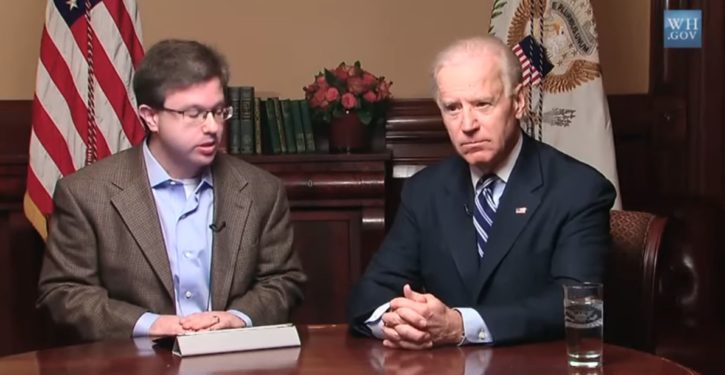 In recent weeks, more than a few column inches have been devoted to Hunter Biden’s infamous “gun.” According to the younger Biden’s sister-in-law Hallie Biden, in 2018 she told Delaware police that she had tossed a gun belonging to him in a trash can behind a grocery store. Why the firearm was disposed of in this manner in the first place remains unanswered. But a much bigger question is how Hunter Biden obtained a gun permit after having been arrested on drug possession charges in 1988 — a record his influential father had expunged.

But in the face of the crackdown on guns Joe Biden announced yesterday, those questions pale against a more compelling question: What ever happened to Biden’s shotgun?

What’s that you say? You weren’t aware that Joe is himself a gun owner? He is. He not only owns (or at least owned) a double-barreled shotgun but strongly recommended it for home protection. Here he is, in 2013 dispensing self-defense advice to readers of Parents magazine. (RELATED: Gun expert Joe Biden is back, this time with advice for cops)

By the way, the advice Biden gives in this video can land a person in jail, facing charges of felony aggravated menacing and reckless endangering. It actually happened to a homeowner a year after the video was published. A Washington state man was arrested after allegedly firing a gun in an effort to scare off a teen who was leaving his house through a window. (RELATED: Gaffe machine Joe Biden’s latest: ‘No one needs 100 clips in a weapon’)

But Biden’s advice is not just irresponsible. It’s also potentially deadly. Rob Wiltbank, a gun rights advocate, has noted, “It would be incredibly irresponsible of a gun owner to blindly discharge a firearm into the air. What goes up, must come down and this specific behavior has been the cause of many negligent homicides over the years.”

Here are just a few of the hundreds of comments that readers of Parents were thoughtful enough to post after tuning in to Biden’s sage advice: 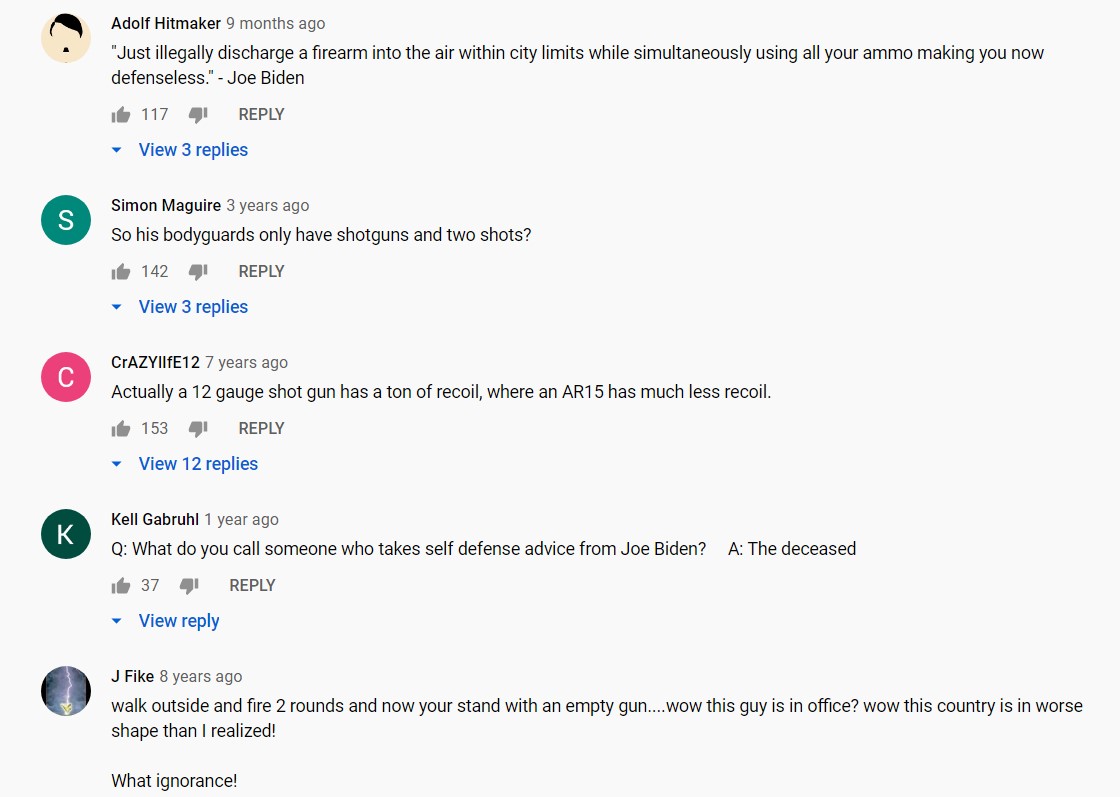 Open thread (4/9/21)
Next Post
NY to award $2.1 billion to undocumented immigrants who lost work during the pandemic