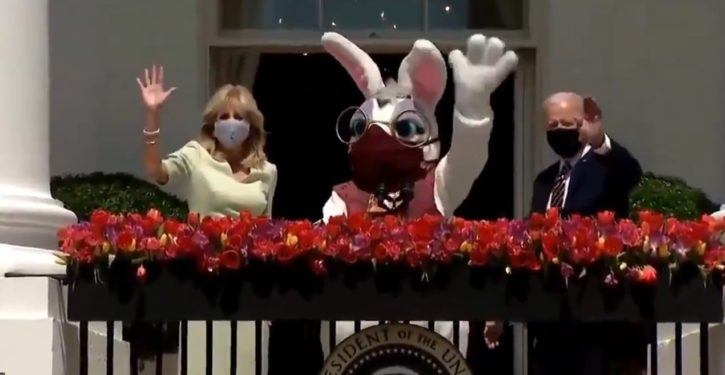 How serious does Joe Biden take his own mask mandate? Not serious enough to wear a proper-fitting mask that won’t keep slipping down off the tip of his nose. And certainly not serious enough to follow CDC guidelines, which advise against fiddling and futzing with your mask, and especially not touching the exterior, as he is forever doing. (RELATE: Biden lowers his mask to cough right into his hand)

Yet, he serious enough about mask protocol to ensure that the person decked out in an Easter bunny outfit who appeared alongside him and Dr. Jill on the South Portico of the White House was wearing an outsize mask.

The purpose of the appearance was to announce that the traditional Easter egg roll would not be held this year because of the coronavirus. The video below captures the tail end of the announcement, with the Bidens and bunny all waving to those assembled before retreating inside.

But as the camera pans back, you’ll notice that there is no crowd on the White House lawn. So who were the three of them waving to?

I missed this. Apparently so did everyone else. Wait for it. pic.twitter.com/9JuJHETCKE

This is not the first time that Biden has greeted imaginary supporters and well-wishers. Last September, as he descended the stairs of a private jet, then-candidate Biden pointed and smiled at someone off to this right. But as the camera follows him down onto the tarmac, the viewer gets a glimpse of the air strip beyond — which is empty: 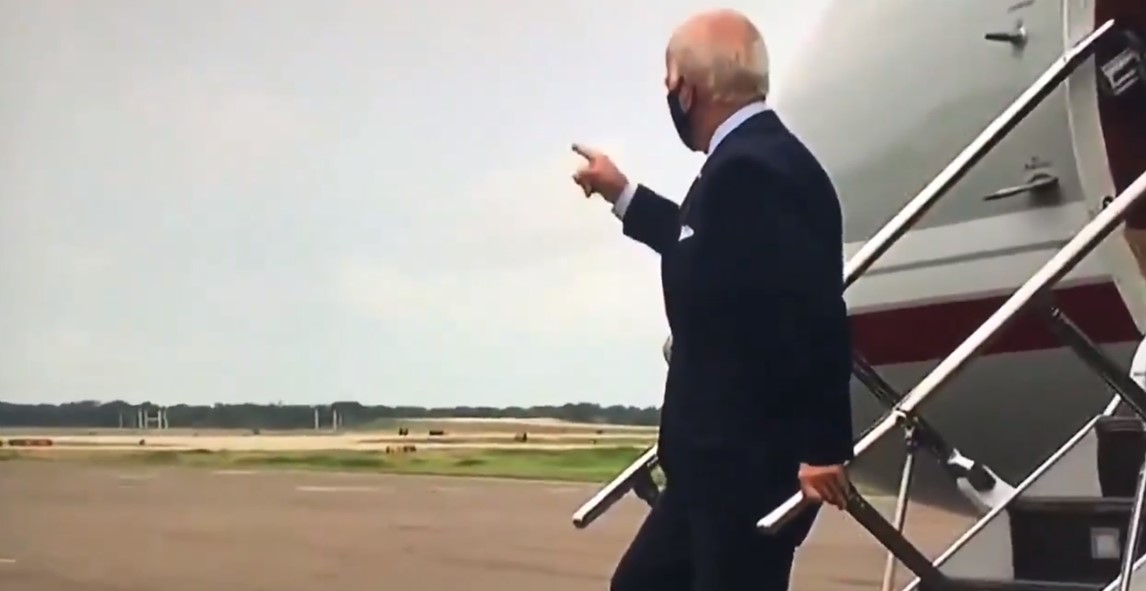 Who was he waving to? Maybe the same crowd he waved to at the White House on Easter.