Ever since Donald Trump left office, CNN has been on the skids rating-wise. The “facts first” network is reported to have lost 47% of its primetime audience in the all-important the 25-to-54 age range.

Anywhere else, these numbers would be a cause for alarm. But on Sunday, CNN anchor Brian Stelter was positively jubilant as he and the network’s senior Trump combatant, Jim Acosta, discussed “how D.C. journalists are adjusting to the Biden era.”

Stelter led off the segment by asking, “Do you feel like your rundown — your lineup — is different than it would have been in the Trump years?”

In reply Acosta quipped, “When you asked me if I was feeling run down, I thought you were referring to how I felt during the Trump era,” which got a big rise out of Stelter. From there his analysis was a fact checker’s dream. After positing that they are “all dealing with some post-Trump stress disorder,” Acosta asserted that CNN “did cover the news before Donald Trump came along, and we did it pretty well.” I leave it to the reader to decide whether that is two lies or one.

Acosta continued: ” There’s gonna be plenty of stuff in the news out there, and it doesn’t have to be Donald Trump in the headlines for us to continue to exist.” But judging from the ratings data cited earlier that’s obviously false.

After attempting repeatedly and failing to make the case that there is life after Trump, Acosta added, “Especially when he’s putting out these statements — you know when he was president he was doing things that were beneath the office of the presidency. Now he’s doing things that are beneath the office of the post-presidency. He’s not going to change, but we need to change with the times.”

As if the discussion needed a dose of irony, Stelter commented, “I don’t think anybody’s listening” to Trump any longer.

Yeah, I can tell. 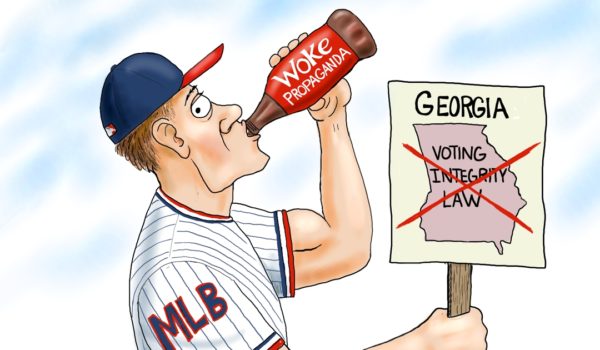