Should Joe Biden remain president long enough to earn a nickname — and it’s anybody’s guess whether he will — I recommend “the Speechifer.” Speechifying, which is defined as delivering a speech in a tedious or pompous way, doesn’t quite cover the gamut for Biden, who also struggles mightily to read aloud the text written for him and does so with a variety of cadences and pained facial expressions that deflect attention from his message. His speechwriters, moreover, are second-rate at best, cranking out the same high-flown pabulum regardless of the topic.

The chief problem with the comparison is that Eisenhower’s 41,000-mile interstate road system, which is in use to this day, required an unparalleled feat of civil engineering. Biden’s plan in contrast is agenda-driven and muddied by wishful thinking and freighted with additional entitlements. The plan proposes an expenditure of $174 billion, or about 28% of the transportation portion, on electric vehicles, along with half a million charging stations to “refuel” them. Whether that’s a realistic ambition for the future, it doesn’t appear to be one for now considering that charging an electric vehicle can take as little as 30 minutes or more than 12 hours, depending on the size of the battery.

Biden’s proposal for paying for his plan — imposing $2 trillion of tax increases on America’s job creators — is another unforced error that could undermine the program. As Rep. Kevin Brady (R-Texas) told Fox News Channel’s Maria Bartiromo, “No president has ever raised business taxes trying to rebuild an economy from an economic crisis. I think at the end of the day, this will be the biggest economic blunder frankly of our lifetimes.”

In any case, for as long as Biden does remain president, get used to these speeches. They may be the only form of communication you can expect from the president directly. Considering the realities of the presser he delivered on March 25 — read: his reliance on crib sheets and prepared scripts — it is one of few he is likely to deliver.

Chelsea Handler: No need for a trial when there is video evidence
Next Post
Groups of illegals wait on side of road overnight for border agents to take them into custody 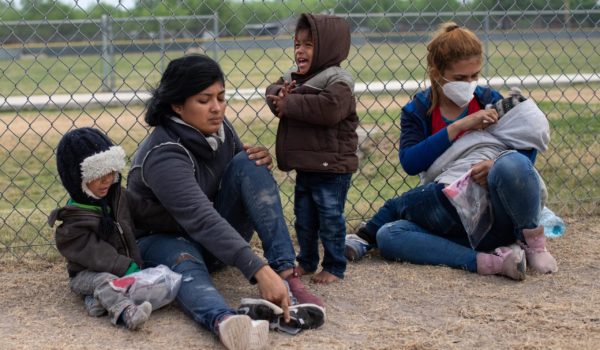