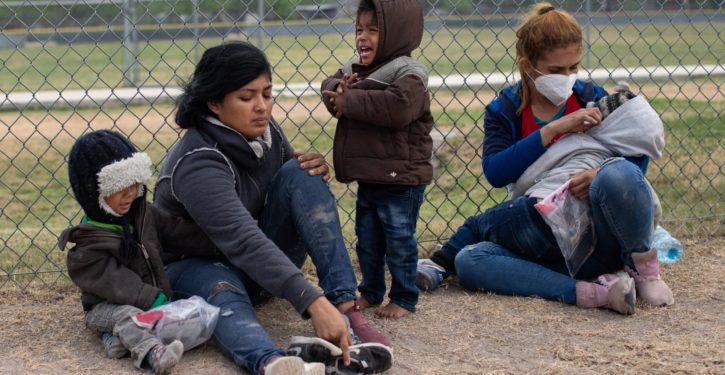 A group of at least 100 migrants who crossed into the U.S. illegally said they were held on the side of a public road in La Joya, Texas, overnight as Customs and Border Protection (CBP) officials worked to process them Saturday morning.

The illegal migrants arrived near a baseball field in La Joya, Texas, in the early hours of Saturday morning and CBP agents began field processing them as other groups of migrants continued to show up. CBP gathered biographical data from the illegal migrants such as age, gender and country of origin before transporting them to processing facilities.

The illegal migrants said they waited next to the road for around six hours before the Daily Caller News Foundation arrived at the scene. Many of the migrants slept on the grass near the side of the road while most of the young children cried. Some walked about 20 yards from the group to relieve themselves behind some brush.

Some of the illegal migrants were loaded into the back seat of two CBP trucks while others boarded vans and one large white bus bound for a processing facility. CBP officials divided the illegal migrants into small groups and called them by name when it was their turn to board a vehicle.

CBP officials reviewed papers some of the illegal migrants carried with them, while another passed out clear plastic bags and collected items such as shoelaces and belts from the illegals sitting on the ground.

Most of the migrants appeared to be unaccompanied minors or traveling as family units. One group of three males sat separate from any of the others.

Law enforcement agencies including CBP, the National Guard, Texas State Troopers, and La Joya police encountered hundreds of migrants on the same road from 1:30 to 4:00 a.m. Thursday, waiting until after the sun came up to transport them to processing facilities. In an exclusive interview, officials told the DCNF that this was a normal night for them and that the migrants would eventually be transported to CBP processing facilities.

CBP encountered 579 unaccompanied migrant minors Wednesday, according to the Department of Health and Human Services (HHS). Over 5,000 were in CBP custody while nearly 13,000 were in HHS facilities.

HHS announced it would open a second temporary facility in Carrizo Springs, Texas, to house the growing number of unaccompanied migrant minors arriving in the U.S. on March 23, the DCNF reported. Unaccompanied migrant minors are held at temporary facilities until HHS can place them at an Office of Refugee Resettlement shelter where officials will locate a sponsor for the minor.

CBP facilities holding unaccompanied migrant children were criticized for overcrowded conditions for weeks before journalists were allowed to tour the temporary facility in Donna, Texas, on Tuesday, the DCNF reported. The facility is currently holding around 4,100 migrants despite having an operating capacity of 250, NBC News reported.

CBP officials encountered over 100,000 illegal migrants in February including more than 9,000 unaccompanied migrant minors, the agency reported. Over 71,500 single adults were apprehended in February alone, most of whom will be rapidly returned to their home countries. 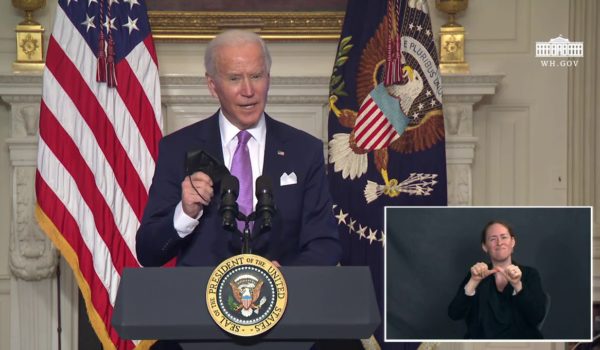