How’s that unity thing working out for Joe Biden? Asked during his March 25 news conference whether he was worried that his party might lose the House and Senate if they fail to pass their game-changing voting rights legislation, he replied,  “What I’m worried about is how un-American this whole initiative is. It’s sick. It’s sick.”

He was referring not to HR1 or S1 but to SB 202, the bill signed into law last week by Georgia Gov. Brian Kemp (R), which Biden claims would make it harder for working-class people to vote. Biden has made blatantly false claims about what the legislation does and doesn’t do. Among these were his allegations that under the law “you cannot bring water to people standing in line waiting to vote” and that “deciding that you’re going to end voting at five o’clock when working people are just getting off work.” In reality the law does neither.

Of Biden’s claim that the law decrees that voting in the state ends at 5 p.m., Kessler wrote, “Not a single expert we consulted who has studied the law understood why Biden made this claim,” adding that quite the contrary “this was the section of law that expanded early voting for many Georgians.” Kessler concluded his analysis of this claim with the observation that “on Election Day in Georgia, polling places are open from 7 a.m. to 7 p.m., and if you are in line by 7 p.m., you are allowed to cast your ballot. Nothing in the new law changes those rules.”

As for Biden’s claim that “you cannot bring water to people standing in line waiting to vote,” he was misreading a provision that would prohibit anyone except poll workers from handing out water to voters in line. In other words, the law forbids members of any political party from handing out gifts to people in line in order to influence their vote.

What’s the real reason illegals are flocking to U.S. now? Here is what they say
Next Post
Cartoon of the Day: Bad hand 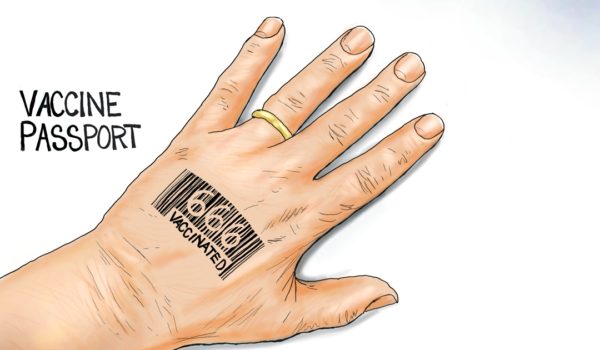