To begin with, this isn’t the later call (on 2 January 2021) between former President Trump and Georgia Secretary of State Brad Raffensperger.  That was the call in which Trump said it was likely that more than 11,000 Biden votes would be found to be invalid or questionable, if a full vote audit were done, especially one that included Fulton County (the main county covering the Atlanta metro area).  No such audit has ever been done.

No, this call is the one in December 2020, in which Trump spoke to the lead investigator for Raffensperger, Frances Watson, and was later alleged to have said she should try to “find the fraud” in the election, and would “be a national hero” if she did.

Trump didn’t say that.  The Washington Post reported on 9 January that he did, however – based on a single anonymous source.  (Last week, new reporting identified the source as the Georgia deputy secretary of state, Jordan Fuchs.  Fuchs reportedly said he had the quotes from Watson.  He wasn’t speaking from first-hand knowledge of the phone call.)

Here’s the short summary of how bad this is.

WaPo used the phrase that never happened – “Find the fraud” – as the first three words of its headline.

The first paragraph of the article also contained both quotes.

There was no independent verification of the quote.  The two quoted phrases are attributed to the one, at the time unnamed, individual, and the Post does not mention an attempt to acquire an audio record of the call.  WaPo cites the anonymous source as follows in the original 9 January article:

President Trump urged Georgia’s lead elections investigator to “find the fraud” in a lengthy December phone call, saying the official would be a “national hero,” according to an individual familiar with the call who spoke on the condition of anonymity because of the sensitivity of the conversation.

Although WaPo cites the one source, multiple mainstream media outlets that then also reported the phone call and the phrases in question claimed at the time that they had “confirmed” the information through their own sources.  Becket Adams dug up their claims for the Washington Examiner:

NBC News reported it “confirmed The Post’s characterization of the Dec. 23 call through a source familiar with the conversation.”

USA Today claimed a “Georgia official speaking on the condition of anonymity to discuss internal matters confirmed the details of the call.”

ABC News reported: “President Donald Trump phoned a chief investigator in Secretary of State Brad Raffensperger’s office asking the official to ‘find the fraud’ and telling this person they would be a ‘national hero’ for it, an individual familiar with the matter confirmed to ABC News.”

PBS NewsHour and CNN likewise appeared to claim they independently “confirmed” the story through their own anonymous sources.

Yet, whatever did happen, what could not have happened is the narrative presented by WaPo and the other media outlets – because now we know there was no such demand or statement made by Trump during the phone call.  “Other sources” had no reason to confirm something that didn’t happen.  (Unless the whole thing was a scam in which Georgia officials were, let us say, colluding.)

And how do we know that?  The answer is as bad as all the rest.  In response to a records request, the Georgia Secretary of State’s office now says it found an audio record of the phone call deleted, in the trash folder of a device used by Frances Watson.

She, or someone, deleted audio of a phone call with the president.  At the moment, information about when the deletion was made is not available to the public.  But the Fulton County prosecutor opened a case on 10 February 2021 to investigate Trump for making that phone call, on the premise that it might constitute improper interference, so we are entitled to know if it was before or after that case was opened.

There would be two concerns about the deletion of the file.  One would relate to the investigation in Fulton County.  There’s no way Watson didn’t know about it; she was the chief principal in the state of Georgia in the 23 December phone call.  (She could certainly have guessed it might come up, once the WaPo report of her phone call had come out, and the Trump-Raffensperger call had also taken place, both in early January.)

The other concern is simply that it was a phone call from the president of the United States on official business.  I haven’t checked, but I’m pretty confident there is no circumstance under which that audio recording is not a record the state of Georgia requires retention of.

But wait! – there’s more.  Not only were two quotes that never happened simply made up and attributed to the president, and reported by the Washington Post and multiple media outlets, and cited by the Fulton County D.A. as a basis for an investigation.  No, the US. House of Representatives also used the quotes from that WaPo story to build their case for impeaching the president.

Joel B. Pollak made that point at Breitbart on Monday.  The Democrats’ brief for the trial in the Senate contains this passage:

President Trump’s campaign to reverse the election results—and to keep himself in the White House—lasted through the days immediately preceding the assault on the Capitol. On December 23, for instance, President Trump reportedly called one of Georgia’s lead election investigators, urging him [sic semper – the reference is to Ms. Watson] to “find the fraud” and claiming that the official would be a “national hero” if he did so.

And Pollak notes that Rep. Madeleine Dean (D-PA), making her oral argument to the Senate as one of the impeachment managers, used the quote as well.

The House’s use of the fake quotes relies on the WaPo story of 9 January 2021.  It’s worth pointing out, just so we’re all clear what the basis has been for these seat-of-the-pants impeachment proceedings, that the House made no evident attempt to subpoena original information about the 23 December phone call.

The average citizen would not have to face hearsay quotes from a newspaper article used against him in court.  No judge would allow that.  But just such hearsay was used to impeach the president.

And now we come to the quiet, unheralded “correction” from the Washington Post, more than two months after the 9 January article appeared.

Correction: Two months after publication of this story, the Georgia secretary of state released an audio recording of President Donald Trump’s December phone call with the state’s top elections investigator. The recording revealed that The Post misquoted Trump’s comments on the call, based on information provided by a source. Trump did not tell the investigator to “find the fraud” or say she would be “a national hero” if she did so. Instead, Trump urged the investigator to scrutinize ballots in Fulton County, Ga., asserting she would find “dishonesty” there. He also told her that she had “the most important job in the country right now.” A story about the recording can be found here. The headline and text of this story have been corrected to remove quotes misattributed to Trump.

It really doesn’t matter if you think Trump’s phone call was inherently improper.  The president can actually call anyone he wants, and as the Post’s experienced prosecutor sources said, it would probably be hard to make an obstruction or “undue influence” case out of this call.  It wasn’t about a judicial proceeding, for one thing.  If it had been, it’s not Trump who would be compromised by the call; it’s the proceeding.  What should be done about that if the president is performing the duties of his office — e.g., overseeing the integrity of a national election — is likely to be a disputable policy matter rather than to be dictated by statute law.

But even if the call was, in a reasonable person’s judgment, ill-advised, the real, no-kidding misconduct is misrepresenting it, thereby inflating its significance, and basing actions of state on the misrepresentation.

We may never know the full sequence of events or what all the intentions surrounding the fake quotes were.

But there’s a file that constitutes deleted evidence relating to at least two official proceedings, and no apparent demand for that file from two institutions that used false information the file disproves to impugn a public official (that would be the Washington Post and the U.S. House of Representatives).  We know enough. 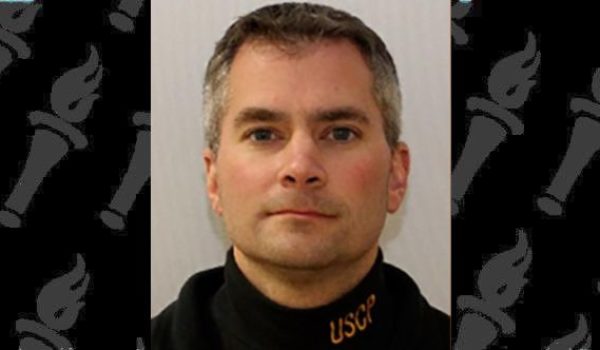