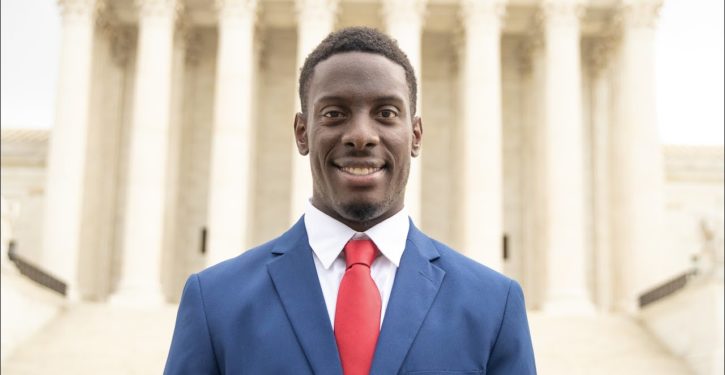 The Supreme Court ruled in an 8-1 decision Monday that a Georgia college’s speech code policy violated the First Amendment and that a student who was harmed by the policy can seek damages.

Justice Clarence Thomas issued the opinion of the court Monday, siding with Chike Uzuegbunam, a former student at Georgia Gwinnett College, and affirming his right to share his Christian faith on campus. The opinion reversed an Eleventh Circuit Court of Appeals decision, which said Uzuegbunam didn’t have standing to sue the college over its policy that severely restricted his speech.

“The Supreme Court has rightly affirmed that government officials should be held accountable for the injuries they cause,” Kristen Waggoner, general counsel for Alliance Defending Freedom (ADF), said in a statement Monday. “When public officials violate constitutional rights, it causes serious harm to the victims.”

In 2016, Uzuegbunam was told that he needed to use one of two “speech zones,” which made up less than 1% of the entire campus, if he wanted to continue sharing his Christian faith on campus, according to ADF. Uzuegbunam complied, but minutes after speaking in a reserved zone, campus police threatened him with discipline if he continued.

“School officials violated [Uzuegbunam’s] constitutional rights when they stopped him twice from speaking in an open area of campus,” Tyson Langhofer, the director of ADF’s Center for Academic Freedom, told The Daily Caller News Foundation in January. “The only permit students need to speak on campus is the First Amendment.”

School officials ultimately accused Uzuegbunam of violating a campus speech code, which prohibited offensive speech, Langhofer said. Georgia Gwinnett College initially defended its speech code in court after ADF sued on behalf of Uzuegbunam in 2016, but then reversed its speech policy and argued the case was moot as a result.

Thomas was joined in his opinion Monday by seven justices from across the ideological spectrum. The justices agreed that because Uzuegbunam’s rights were violated, he can sue the school and receive nominal damages.

“It is undisputed that Uzuegbunam experienced a completed violation of his constitutional rights when respondents enforced their speech policies against him,” Thomas wrote.

Justice John Roberts issued the lone dissent. Roberts agreed with the appeals court, which argued that because Georgia Gwinnett College changed its policy after Uzuegbunam sued, the case was moot.

“Today’s decision risks a major expansion of the judicial role,” Roberts wrote. “Until now, we have said that federal courts can review the legality of policies and actions only as a necessary incident to resolving real disputes.”