“Biden’s COVID relief bill is chock full of anti-white reverse racism,” says Betsy McCaughey, the former Lieutenant Governor of New York. “The bill offers” farmers of certain races “total debt forgiveness of up to hundreds of thousands of no-strings dollars per farmer. But white men needn’t apply.” “Discrimination likewise mars the bill’s aid to restaurants. It grants restaurant owners up to $5 million per facility to offset losses caused by lockdowns.” But white males can’t apply “during the program’s first three weeks,” when most of the money will be handed out. These racial preferences are unconstitutional, because federal racial preferences are only allowed as a way of remedying the federal government’s own recent, widespread, intentional discrimination against a minority group — which doesn’t exist in this area.

The bill makes it easier to keep schools closed, at taxpayer expense, by paying some federal employees $1,400 per week if their kids are out of school, notes FEE’s Jon Miltimore. If federal employees choose to have their children attend school remotely, rather than in-person, they can also collect this $1,400 per week. (In my school district, parents can choose whether to have their kids stay out of school and learn remotely or attend school in-person. So federal employees can keep their kids home in order to collect this money, while doing none of the work they were hired to do for the taxpayers).

As Adam Andrzejewski reports in Forbes, a provision in the bill would allow federal employees to make up to $1,400 a week without working. It creates a $570 million fund for disbursements to federal employees who are not working because they are babysitting others because of the coronavirus. Federal employees are eligible for 600 hours in paid leave through September, receiving up to $35 an hour.

Economists have said that Biden’s COVID relief legislation is too expensive and would lead to slower economic growth in future years, as well as inflation and skyrocketing levels of debt. Critics of Biden’s plan include even liberal economists like Larry Summers, the former president of Harvard University, who served as treasury secretary under Bill Clinton. The Congressional Budget Office says it will shrink the economy in the long run, even though it will increase economic growth this year.

Although it is economically harmful, the COVID relief legislation is currently popular. A Morning Consult survey finds that far more voters support it than oppose it.

Researchers at the University of Pennsylvania say the COVID legislation will drive up borrowing costs by exploding the national debt, which already is bigger than our entire economy. That will harm people who need capital to start businesses and create jobs.

“The existence of the debt saps the rest of the economy,” analyst Efraim Berkovich said. “When the government is running budget deficits, the money that could have gone to productive investment is redirected.” “Effectively, what we’re doing is taking money from [some] people and giving it to other people for consumption purposes,” he continued; “longer-term, you’re taking away from the capital that we need to grow our economy in the future.” Increased national debt also means higher income taxes to pay the growing interest on the national debt.

People harmed by the legislation often won’t be able to tell that they couldn’t find a job because of it rather than because of something else, like an economic trend. Citizens often won’t be aware of the fact that the national debt piled up due to the COVID legislation is why they are paying higher income taxes. As FEE’s Brad Polumbo notes:

Biden knows that the short-term benefits of his proposal—like $1,400 checks in many peoples’ mailboxes—will be seen and felt by millions of voters who will directly credit him for it. (His name will even be on the checks). Yet the vast and diffuse costs imposed on people by the plan over time will most likely never be directly traced back to the legislation itself, instead observed only by economists and analysts who parse broad economic data and trends. 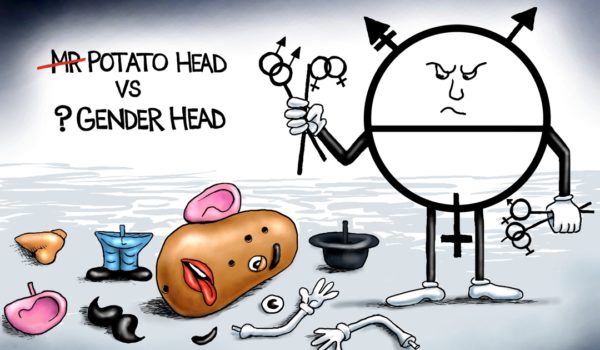