Democrats’ plan to push through a $15-an-hour minimum wage as part of Joe Biden’s $1.9 trillion COVID stimulus package hit a snag on Thursday when the Senate Parliamentarian ruled that the increase could not be included in the bill. The provision, the Parliamentarian decreed, violated the strict budgetary rules that determine what can and can’t be included in such a package.

The ruling elicited a predictable reaction on the part of House Democrats. Pennsylvania Rep. Ro Khanna, who earlier this week declared that small businesses that can’t afford a $15 minimum wage don’t deserve to survive, appeared on MSNBC where he claimed the White House “has every power to disregard” the Parliamentarian. Rep. Pramila Jayapal of Washington went a step further, affirming the recommendation by MSNBC host Rachel Maddow that Senate Dems overrule the Parliamentarian. Watch:

Who Is the Senate Parliamentarian and Why Are Democrats Saying Awful Things About Her?

The Senate Parliamentarian is a position created in 1935. The current Parliamentarian, Elizabeth MacDonough, was named to the position in 2012. The job of this little-known but important post is to settle disputes over of rules and proceedings in the Senate, including impeachments. The Parliamentarian was present during both impeachment trials of Donald Trump and could have been called upon by the presiding officer to rule on matters of procedure and conduct.

As the National Constitution Center notes:

In other words, Reps. Khanna and Jayapal are full of hot air. Following parliamentary procedure in Congress is not optional. No doubt if the proposal in question were one that been drafted by a Republican-led Congress, both would be the first to remind us of that. 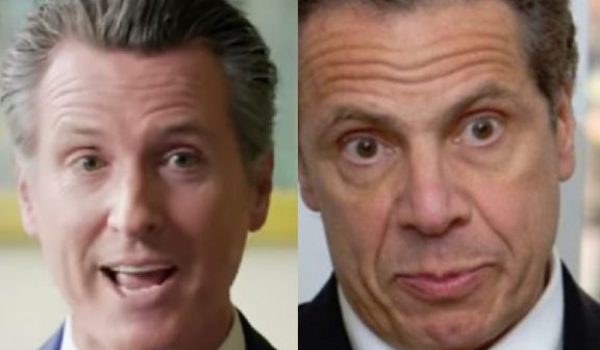 The media have finally realized that Cuomo and Newsom are terrible. Will voters?
Next Post
Trump vs. DeSantis: 2024 clash of heavyweights starts early