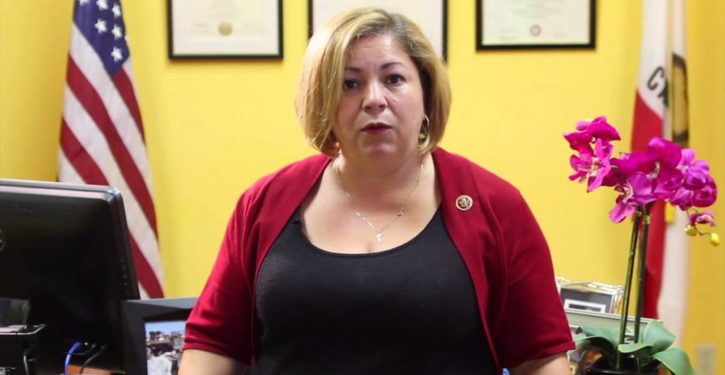 Twice-impeached presidents? Whoever could they have in mind?

Welcome to life in the U.S. Congress (aka citadel of democracy) after the presidency of Donald Trump. Apparently, some lawmakers don’t know how to fill their days now that they don’t have Trump to clutch their pearls over.

Congresswoman Linda Sánchez of California’s 38th District hit upon a fun little diversion to help pass the time. She introduced legislation that would prevent federal funds from being used to erect a statue, name a federal building, or in any other way honor any president who had twice been impeached. Called the The No Glory for Hate Act, HR 484, the bill doesn’t name Trump directly, so no one can deny Sánchez or any other signatory to the bill the distinction of being so honored on the grounds of hatred toward Trump should they ever meet the bill’s criteria.

The bill is very specific in its call for limiting the benefits of twice-impeached presidents and even burial in Arlington National Cemetery.

While the bill fails to name names, Sánchez is quite above board in admitting her loathing of  the 45th president. “For years, Donald Trump poured gasoline on lies, encouraging racism and hatred, then lit the match on January 6th. A president who has been impeached twice does not deserve the honors bestowed on a former president,” she declares in a statement on her congressional website. “We should never glorify the hatred Donald Trump personified as President. This bill ensures that there is no glory for hate – not a building, statue, or even a park bench.”

Speaking of glory, here is Sánchez on MSNBC reaping some for her “virtuous” act:

Here’s the kicker, though: This bill is unconstitutional because it’s singling out one individual for punishment despite not being found guilty in a trial by jury. According to California attorney Harmeet Dhillon.

This is pathetic, even for you, House Democrats. I heard some of you went to law school. Ever heard of a bill of attainder? https://t.co/bfuuozdacZ

Dhillon mentions this because HR-484 is unconstitutional under the Bill of Attainder Clause.

In United States v. Brown (1965), the Court specifically rejected a “narrow historical approach” to the clauses and characterized the Framers’ purpose as to prohibit “legislative punishment, of any form or severity, of specifically designated persons or groups.” In Ex parte Garland (1867), for example, the Supreme Court struck down under the Attainder Clause a congressional statute directed against former Confederates that barred persons from practicing law before United States courts who had, among other things, merely given “encouragement” to rebels. …

The Court has devised a three-part test to determine when a piece of legislation violates the Bill of Attainder Clause: (1) such legislation specifies the affected persons (even if not done in terms within the statute), (2) includes punishment, and (3) lacks a judicial trial.

Biden again claims U.S. didn’t yet have COVID vaccine when he took office
Next Post
Cartoon of the Day: A pain in the burro 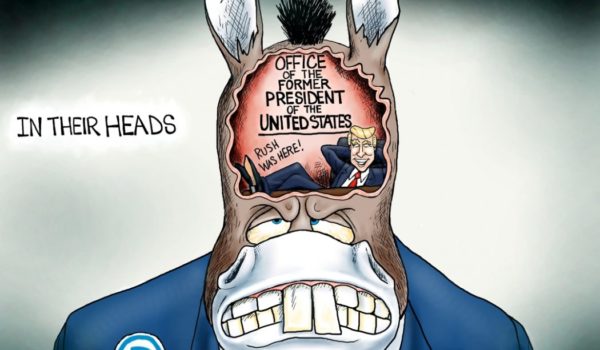