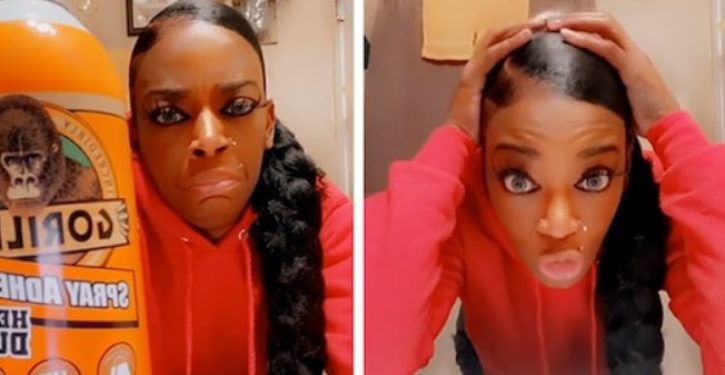 The proverbial case of a person sticking his finger in a light socket after watching someone else do it and suffering a bad shock has come to life.

Last week, LU reported on a woman named Tessica Brown who, for reasons known only to her, decided to try using Gorilla Glue on her hair as a grooming agent. After hours of trying and failing to dislodge her now-rock-hard hair from her scalp, Brown spent 22 hours in the emergency room, where doctors aggravated the situation by applying acetone to her scalp, leaving burns.

She ultimately needed to have the glue removed surgically, which was costly and painful.

You’d expect after Brown’s ordeal, which received plenty of cautionary overage, no one in his right would want to try inserting a finger in that same light socket. But you’d be wrong.

Meet Lenise Martin, who applied a dollop of Super Glue, a rival brand of permanent adhesive, to the edge of a cup, then placed the cup in his mouth. His plan, he explains in this video posted to Instagram, was to lick his lip free before the glue had a chance to set.

How did the experiment play out? As Martin posted to Instagram after the fact:

I thought that chick with the gorilla glue was making that story up … but no .. its real… I dont kno [sic] why I tried it .. now they talking bout cutting the tip of my lips off in surgery … yall pray for me #gorrilagluechallenge smh 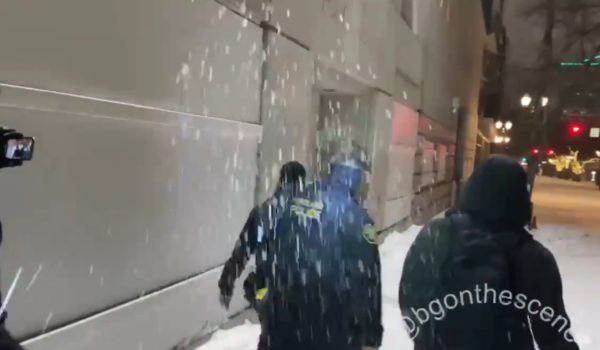