Some readers may have picked up on this story when it broke back in May.  Two Jewish boys in the Ogden International School in Chicago, one 14 and one 8 years of age, were subjected to harrowing anti-Semitic taunting by their classmates during the recent school year.  The attacks took place over a period of months.  The boys’ mother and other parents were alarmed and angered, to the point that the school’s principal finally had to address the problem in meetings with parents.

The attackers – 8th graders who were behind the taunting of both boys – were given one- or two-day suspensions and were not allowed to participate in the 8th grade graduation ceremony.  Many parents, including Lisa Wolf Clemente, the boys’ mother, felt that the punishments didn’t amount to much, and that not enough (read: nothing) was done to make the incident a teachable moment.

The school is in the news again, after the principal, Joshua VanderJagt, was finally “reassigned” this past week.

Parents who couldn’t believe that VanderJagt declined to call the bullying what it was – anti-Semitism – will probably be gratified.  But the school isn’t the only problem here.

Clemente said her 14-year-old son, who attends Ogden’s West Town campus at 1250 W. Erie St., was bullied during lunch and Spanish class by students who showed him pictures of ovens and told him to get in, the Sun-Times reported last week.

The Gold Coast resident, whose family is Jewish, said the abuse began in late fall, and she initially told him to “turn the other cheek.”

But she had enough about May 20 when her 8-year-old son, who attends Ogden’s Streeterville Campus, was invited to join a team called “Jew Incinerator” on the popular game app Clash of Clans, she said. The team was allegedly created by Ogden eighth-graders.

In a screenshot provided by parents, the team description reads: “We are a friendly group of racists with one goal — put all Jews into an army camp until disposed of. Sieg! Heil!”

Clemente’s 14-year-old was also told he should be wearing striped pajamas.  According to the Chicago Sun-Times:

Clemente said her older son doesn’t feel safe at school, and her younger son has cried to her, too, saying, “I didn’t tell anyone I was Jewish.”

School is an important element in this very wrong situation.  But the problem of kids who are playing the Clash of Clans game online, and creating a team called “Jew Incinerator,” is one that only the parents can correct.  That’s the bottom line.  This issue is bigger than the schools, and the sooner we confront that truth, the better.

This point in fact harks back to reports in May 2014 about a beer-pong game being played by Florida high school students, called “Jews vs. Nazis.”  A web excerpt, copied here, explains the rules (spelling, etc. in original):

Its called Jews vs the Nazis. Its 3-on-3, 30 cups per team. The Nazis shape their 30 cups into a swastika, and the Jews set up their 30 cups as the Star of David. The cups are re-racked to a smaller swastika and a smaller star when 18 cups remain on either team. The Nazis start the game off with ‘blitzkreig,’ and each player on the Nazis shoots until they miss, but this is only allowed for the first volley. The Jews have the ‘Anne Frank Cup,’ and this ability allows them to pick any one of their cups and hide it anywhere in the room, but it has to be shootable, obviously. The Jews can only do that once per game and can be used only during their turn. To equalize this slight advantage, the Nazis also have another ability called ‘Auschwitz’ (or ‘Concentration Camp’ if you don’t know what that means). With this ability the Nazis can pick any player on the Jews team and they have to sit out of the game until the other two players on the Jews team each make a cup. After that happens the 3rd person on the Jews team can play again. Also, throughout the game you are supposed to talk alot of s*** and say as many racist things as possible to make it more enjoyable.

Adults were not amused by this jocular pastime, which numerous students had discussed in online forums.  But a school official quite correctly pointed out the following:

In an email to Fox4, Lee County School District spokeswoman said that it was impossible for her department to monitor the matter via social media and called on parents to take initiative on the issue.

“Parental monitoring of social media needs to continue especially and through the high school years,” the spokeswoman said.

It has to be parents – and the community at large – taking the lead against anti-Semitism.  The schools do present their own special problem, as we saw with the infamous and still-unresolved case of the Holocaust-denial assignment given to students at the middle school in Rialto, California (also, curiously enough, reported originally in May 2014 – a banner month for anti-Semitic eruptions in schools and student bodies).  But the social problem of laxity, complacency, and misplaced humor about cynical viciousness in America’s children is one the schools can’t solve.

Today’s outbreak of anti-Semitism in the United States has been building for several years now.  Some of it tracks with the actions of teachers, like this incident from April 2013 in Albany, NY.  Some of it relates to the schools mainly because the schools are where children gather, and children are being intensively targeted through entertainment media with all kinds of morally corrupt “themery,” including a highly energized anti-Semitism.  This story about a game called “Beat the Jew,” from a California-desert exurb (La Quinta), was horrifying and notorious back in 2010.  (As I looking back on writing this piece, there is a certain poignancy in how startling it seemed at the time.)

We run the risk of becoming inured to this pattern as it expands.  But resistance is not futile.  Wake up, America. 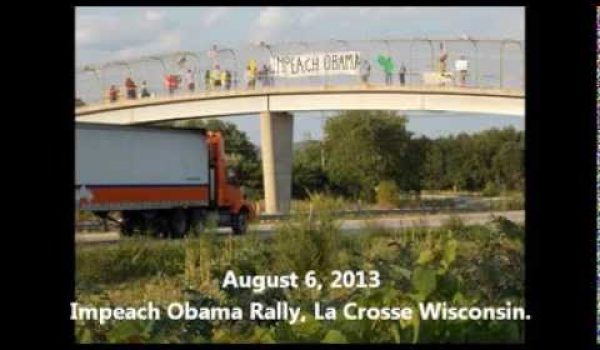