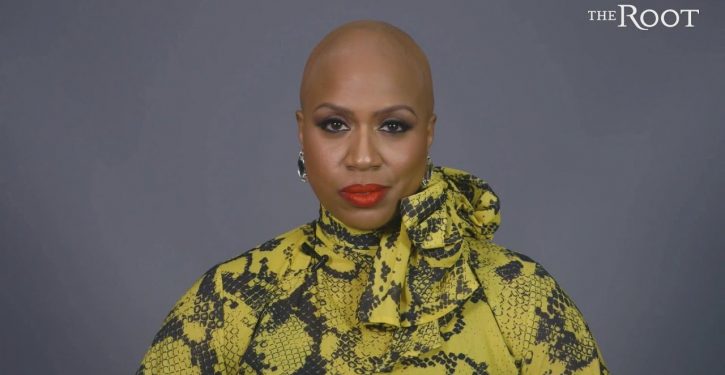 Rep. Alexandria Ocasio-Cortez shared her gripping account on Instagram of how she thought her death was imminent when “insurrectionists” breached her office (it turned out to be Capitol Police), and you may have witnessed firsthand at the House Democrats’ story hour a weeping Rashida (“Impeach the M.F.”) Tlaib lamenting that the riot was “so personal,” even though she wasn’t there.

Now another member of the esteemed Squad, Rep. Ayanna Pressley, has spoken up. During an interview on Sunday with CNN’s Jake Tapper, the Massachusetts Democrat reported having experienced a “deep and ancestral” terror at the hands of “white supremacist mobs” during last month’s riot at the Capitol.

“As a black woman, to be barricaded in my office using office furniture and water bottles on the ground in the dark, that terror, those moments of terror, is familiar in a deep and ancestral way for me,” she said. She went on to suggest the riots were carried out at the hands of white supremacists, something she claims African-Americans have had to “clean up after” for generations.

On #CNNSOTU, Rep. @AyannaPressley tells CNN's @jaketapper that as a Black woman, her terrifying experience during the Capitol attack felt "familiar in a deep and ancestral way." https://t.co/2d7BSAQS9A

Imagine hating your own country so much that you can take any event and turn it into a race issue.

Fortunately, Pressley is made of tough stuff and asserts that her ordeal “is not going to deter or obstruct me from doing my job on behalf of the American people.”

“I feel safe,” she said. “Living with threats and living with bigots, who are as vile in their rhetoric as they are in their policies … and the harm they seek to cause in the most marginalized communities – black Americans in particular – is not new,” adding, “Again, this is familiar in an ancestral sort of way.”

"The experiences of Wednesday were harrowing and, unfortunately, very familiar in the deepest most ancestral way … I'm fearful but that fear is not new."@AyannaPressley on #TheReidOut pic.twitter.com/tKSYEKQopG

Naturally, Tapper sat there during the interview, nodding along sympathetically with Pressley, like a mentally castrated bobblehead doll. A legitimate journalist might have pointed out that the protests, violent as they were, were in principle no different from the BLM and Antifa riots that raged all summer long, which Pressley had no comment on. Or that race was not a factor at all in the Capitol riots, which were a reaction to what many felt — and continue to feel —was a fraudulent election.

But exposing the truth is not something that Tapper of anyone else at CNN has much interest in.

Virginia Senate blocks strange harassment legislation, but it might still pass
Next Post
Cartoon of the Day: Addicted 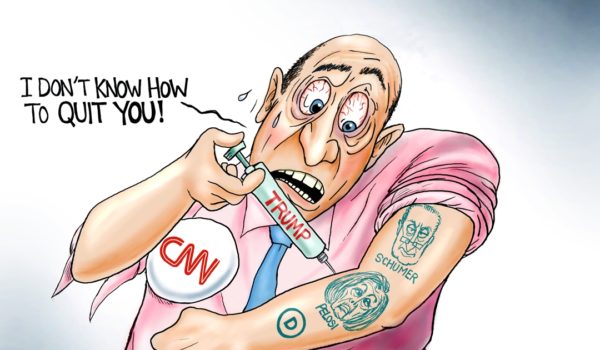