Two House Republicans introduced a bill Friday to prevent members of Congress from using campaign funds to pay their spouses, a measure they named after Rep. Ilhan Omar.

Wisconsin Reps. Tom Tiffany and Mike Gallagher introduced the Oversight for Members And Relatives Act, or the OMAR Act, in response to reports that Omar’s campaign paid $2.8 million to a consulting firm owned by her husband, a political consultant named Tim Mynett.

The payments accounted for 70% of the Minnesota Democrat’s campaign spending, according to Fox News report that the Republicans cited.

“For too long, lawmakers of both political parties have engaged in the ethically dubious practice of pocketing campaign funds by ‘hiring’ their spouses and laundering the money as campaign related expenses,” Tiffany said in a press release.

Today, I introduced the Oversight for Members And Relatives (OMAR) Act with @RepGallagher.

For too long, lawmakers of both parties have engaged in the ethically dubious practice of pocketing campaign funds by hiring spouses and laundering the money as campaign related expenses.

“Loopholes that allow members of Congress to funnel campaign funds to their spouses are despicable and erode trust in our government,” Gallagher said in a statement.

Tiffany and Gallagher said the proposal is based on one that Rep. Adam Schiff, a California Democrat, introduced in 2007 to prohibit elected officials and candidates from employing their spouses on their campaigns.

The Republicans quoted Schiff saying at the time that his bill was “an important step forward in restoring the public’s confidence that elected officials are working in the public’s interest and not their own.”

They also quoted House Speaker Nancy Pelosi who said Schiff’s bill would “increase transparency in election campaigns and [prevent] the misuse of funds.”

The Republican proposal goes further than Schiff’s, which passed the House on July 23, 2007, given that it would prohibit payments to candidates’ spouses who serve as consultants to their campaigns.

Omar announced in November that she was cutting ties with E Street Group, though she remains married to Mynett.

Omar’s office did not respond to a request for comment about the bill. 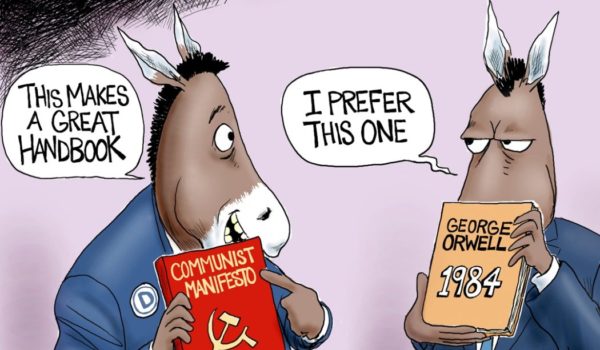 Cartoon of the Day: Red ink
Next Post
New York Times fires reporter for using the N-word, which the Times itself has often used