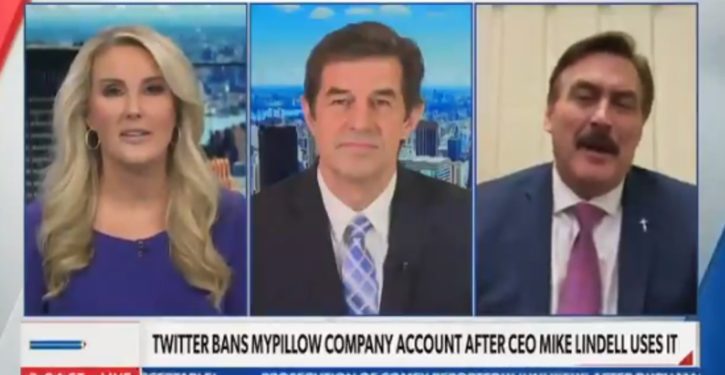 Fortunately, blogger Bonchie, covering this for RedState, is one who gets it.  The battle-stations intervention by the Newsmax host (Bob Sellers) when Mike Lindell, CEO of My Pillow, launched into a speech about Dominion voting machines, was about lawsuits.

Says Bonchie:  “Lindell starts talking about voting machines and election fraud during a segment he was likely warned not to. Newsmax, who is being targeted by Dominion for defamation, and the hosts of the show weren’t very happy about the detour. That’s certainly understandable.”

Folks on social media were furious with Newsmax.  That too is understandable, although I’m not sure the furious understand that with Newsmax, the vulnerability margin is really thin, and the danger of being utterly destroyed is real.  Fox News can fall back on the revenue from other divisions of the Fox corporation — and obviously does so, as the advertising on Fox News Channel has been reduced significantly in the last few years.  That’s visible to the casual viewer; I’m sure it’s one of the main things on the minds of Fox News company officials.  Newsmax has no such fallback from a diversified parent.

I carry no brief for Newsmax, and have by no means always agreed with their editorial stances.  But they can’t lightly decide to court either lawsuits or de-platforming.  It’s only fair to acknowledge that.

Newsmax is also vulnerable to de-platforming in a way Fox News isn’t.  Although Newsmax is available on cable, it’s not universally so, nor does it have a network broadcast base with an affiliate revenue stream, as Fox does.  Newsmax is heavily dependent on the Internet backbone, and doesn’t have the market power to stand up to it if the telecoms decide to deny it access.  Fox does have such power, and in a diversified way: lucrative primetime programming, sports, Spanish-language prowess.

It’s not just the Dominion lawsuit threat hanging over Newsmax.  It’s the Parler-style total de-platforming.  Newsmax could take anyone to court over being unfairly squeezed out of cable or off of an Internet host, but the months or years it could take to win such cases — time spent being “untouchable” and having limited or no communications access — would kill the company anyway.

This is what it looks like when speech is at the mercy of a highly centralized information and telecom industry.  Rather than ragging on Newsmax, that’s what we need to learn from segments like this.

The lesson is that we can’t let the current situation — with a highly centralized information sphere — continue.  There’s no such future as finally getting the truth out about the 2020 election, but then settling back comfortably into the bad patterns of the information industry that have colluded to silence all questions and skepticism.  If that’s all we do, it won’t matter what happens to 2020’s truth, because every year’s truth will be in the same peril.  The centralized, single-backbone nature of “news,” “broadcasting.” the Internet — it all has to break. That’s the deal.

I don’t trust the people taking power in Washington today any further than I can throw them.  They’re not the answer, as Joe Biden has demonstrated already with his tsunami of radical-left executive orders (and his spokeswoman, Jen Psaki, who has yet to circle back and actually answer any question she declined to answer the first time.  Even the Biden-friendly media are starting to complain that they’re not being told anything).

We don’t hand the Biden team this problem.  It’s also bigger than our schedules for managing government.  Controlled information outlets have government by the short hairs right now, not vice versa.

As much as I’d like to see Newsmax just let a guest like Mike Lindell talk, that’s not our answer either.  We just lose Newsmax that way, as we abruptly lost Parler, and Newsmax is still a useful source on a lot of things.

My opinion on what we’re waiting for hasn’t changed from this assessment on 16 January.  What we know is there to be demonstrated is important, but what the One higher than ourselves needs us to see revealed beforehand is even more so.  We’re on His time at this point.  If we want to see justice and truth, we have to let Him order things as He will.  A year earlier, at the outset of the 2020 impeachment, I suggested the Democrats were writing their fate with their own words about Trump, and their deeds against him.  I still think that’s what they’re doing — but it was nothing we had to take into our hands then, and it isn’t now.  Impatient, untimely action can only set us back.  Be of good courage; we will know the time when it comes. 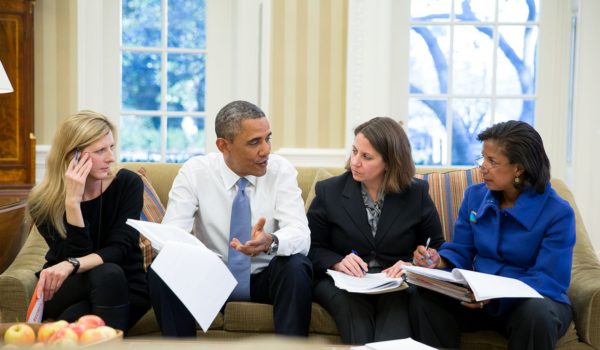 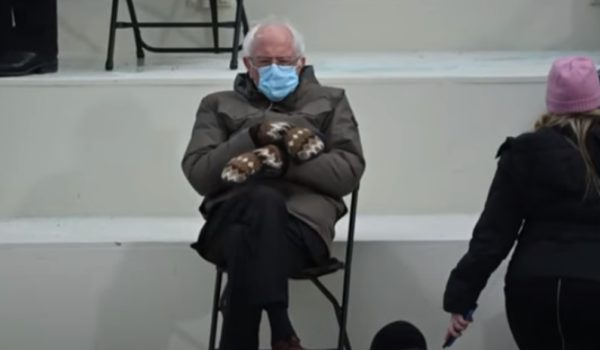