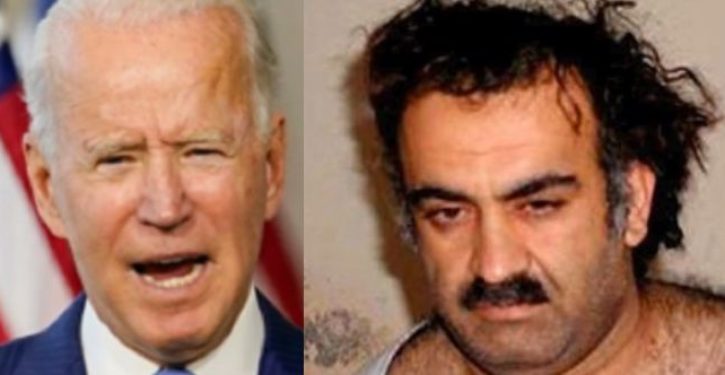 Veterans of the New York City Fire Department who lost comrades on 9/11 are livid after learning that the Biden administration has approved COVID-19 vaccine injections for the mastermind of the attack and other terrorists detained at Guantanamo Bay. The move comes at a time when most Americans are months away from the much-awaited shots.

Khalid Sheikh Mohammad, named as “the principal architect of the 9/11 attacks,” could receive the vaccine as early as next week. Ditto for three members of Jemaah Islamiyah — the Southeast Asia-based extremist group responsible for the 2002 bombings in Bali that killed 202 people — and nearly forty other detainees.

Let this sink in…

The Pentagon signed a memo approving vaccination efforts at Guantanamo Bay on Friday. Prosecutor Clayton Trivett Jr, who is leading the case against five terrorists behind the September 11 attacks, disclosed the information in a letter to defense lawyers earlier this week.

The vaccines will be administered on a “voluntary basis” and it is not known if any of the detainees would accept being inoculated.

The Daily Mail reports “the news sparked fury from politicians and 9/11 responders, who slammed the decision to vaccinate terrorists before American citizens.”

Tom Von Essen, who was New York City’s Fire Commissioner at the time of the 9/11 attacks, was blunt in his assessment, telling the New York Post the decision by the Biden administration is “f*ckng nuts.”

“You can’t make this up. The ridiculousness of what we get from our government,” Von Essen seethed. “They will run the vaccine down to those lowlifes at Guantanamo Bay before every resident of the United States of America gets it is the theater of the absurd.”

John Feal, a demolition supervisor at Ground Zero said, “It’s an insult to the people who ran into the towers and were killed and those who worked on the pile for months and are ill.”

Retired New York firefighter Lt. Michael O’Connell, who assisted in search and rescue on 9/11, blasted the administration decision to vaccinate terrorists as “absolutely disgusting.” “These terrorists committed harm but the patriots are the ones who have to wait to get vaccinated,” he said.

Earlier this week, reports emerged that many 9/11 first responders are still waiting for their COVID vaccine shots, despite having severe preexisting conditions that put them at greater risk of developing complications should they contract the virus.

New York Andrew Cuomo gave the green light for vaccinations to those 65 and over while waiting for CDC guidance on getting them to those with underlying illnesses.

Many 9/11 first responders are still waiting for their COVID vaccines, despite having preexisting conditions including battles with cancers, lung diseases and other ailments that put them at greater risk. @GusoffTV reports. https://t.co/SumhFyssy7

CBS New York reports many of the 9/11 first responders are “too young to join the 65 and up group.”

That leaves many of our police, firefighter, and paramedic heroes, suffering with cancers and lung diseases brought on by the 9/11 attacks, waiting for a vaccine while the people that caused them and their deadly illnesses – including the mastermind of the attack – get to cut the line.

“It is inexcusable and un-American that President Biden is choosing to prioritize convicted terrorists in Gitmo over vulnerable American seniors or veterans,” Rep. Elise Stefanik (R-N.Y.) stated.

Mohammad and four others are charged with war crimes including terrorism and the murder of nearly 3,000 people.

The vaccination order was signed Wednesday by Principal Deputy Assistant Secretary of Defense for Health Affairs Terry Adirim, a Biden appointee who was sworn in last week. 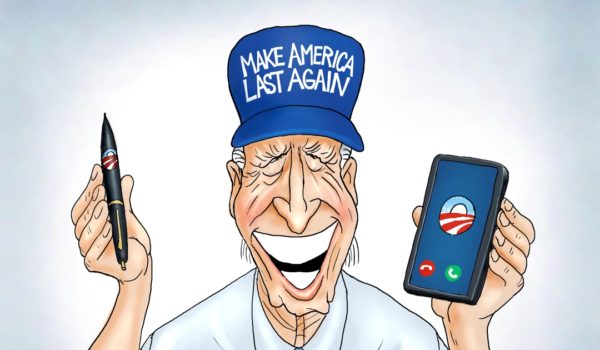 Cartoon of the Day: Tools of the trade
Next Post
Biden nominates lawyer who said whites are inferior