Senator Chuck Schumer (D-NY) announced on Friday that the Senate impeachment trial of former President Trump will commence on 8 February.

The House of Representatives rushed through the impeachment on 14 January, voting without evidence, testimony, argument, or deliberation to impeach Trump on the single count of incitement to insurrection.

As quoted by CBS News, Speaker Nancy Pelosi (D-CA) said at the time, without evidence:  “We know that the president of the United State incited this insurrection, this armed rebellion, against our common country.”  No evidence has since been introduced of insurrection or rebellion, armed or otherwise.  (See the impeachment resolution here.)

Impeachment is a political act, however, rather than an act constrained by the tenets of law and evidence.  The law may indicate that the miscreants who entered the U.S. Capitol were guilty of the crimes they’re actually being charged with by Justice Department prosecutors, mostly some version of violent or unlawful entry, disorderly conduct, and/or interfering with government business.

But if members of Congress want to proclaim that an insurrection was taking place, no one can stop them.  There is no reason to expect Chief Justice John Roberts to stop them, at any rate, as he presides over the Senate trial.

Trump has been getting free advice from legal pundits on whether he should mount a defense at all.  Some pundits reportedly think he would do better not to accord the trial standing as a legitimate process.  (See some popular-media cross-arguments here and here on whether it’s constitutional to try an official on an impeachment charge after he has left office.  Since it’s entirely at the Senate’s political discretion whether to hold the trial, the odor of bias and special pleading is inevitably strong from both sides.  There’s no such thing as controlling precedent to launder the politics through.)

The argument may be stronger that the Senate can hold a trial if it wants – the Senate can put on a production of The Crucible if it wants, and broadcast it over C-SPAN – but the trial can have no enforceable effect, because Trump is no longer in the office impeachment applies to.

Obviously, Trump can’t be removed from an office he longer occupies.  The question is whether he can be legitimately disqualified from holding office in the future.

It may not be clear what the answer is, with the caveats compounded around Trump’s impeachment.  He’s no longer in the office, and demonstrating that there was actually an insurrection attempt, and that Trump incited it, is something the “prosecution” – the managers’ team from the House – is unlikely to do to the satisfaction of a legal standard.  (The standard exists in Title 18 of the U.S. Code Chapter 115.  Note: those points being made, I tend to think Jason Steorts — NRO link above — is probably closer to the mark on this question.  If the Senate can get 67 votes, the simplest interpretation of the U.S. Constitution is that it can disqualify Trump from even the office of president.  Still, the nagging question of when that’s done has to matter.  If it can be done when the Senate conviction has no other effect, does that mean the Senate could vote preemptively to disqualify an otherwise qualified person?  Again, controlling precedent would seem to be in short supply here.)

The larger problem is the exceptional unlikelihood in the current environment of anything being done soberly and with restraint.  It seems a good bet that those favoring impeachment are counting on the momentum of political sentiment rather than duly enforceable outcomes of law to deter Trump from seeking office again.

In the meantime, Nancy Pelosi’s team of impeachment-trial managers will perform another slow-jam walk to the Senate on Monday, 25 January, to present the impeachment charge.

The process thus being set in motion, CBS continues:  “Then both the House impeachment managers and the president’s defense team will have a period of time to draft their legal briefs, during which time the Senate will continue with other work. Presentation by both sides will begin the week of February 8.”

Trump, it appears, does intend to mount a defense.  “Mr. Trump’s legal team has yet to be officially announced,” CBS acknowledges.  “But one member of the team will be South Carolina attorney Butch Bowers, who has experience representing politicians embroiled in scandals.  Bowers told the South Carolina Post and Courier he looks ‘forward to representing the former president.’” 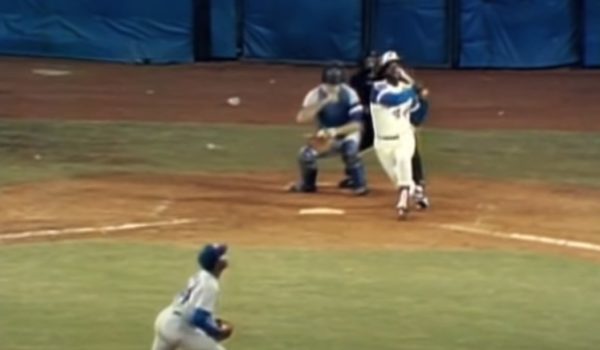