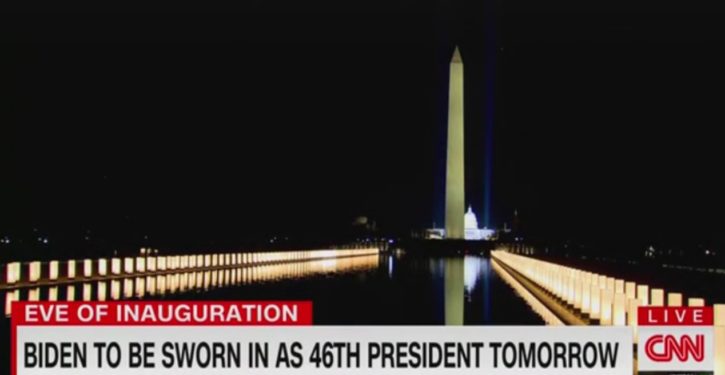 It’s going to be an excruciatingly long four years.

In case you missed it, last night Joe Biden was joined by his wife and Kamala Harris and her husband on the National Mall to mark the grim milestone of 400,000 American deaths to COVID-19.

For the occasion, 400 lights — one for each thousand deaths — were installed alongside the reflecting pool, which served as a background for Biden’s brief comments, which unfortunately went like this:

To heal we must remember. It’s hard sometimes to remember. But that’s how we heal. It’s important to do that as a nation. [Emphasis added]

You have to have been born without a sense of humor not to at least smile at that unfortunate word choice coming from a man on his best days has trouble remembering where he is. (RELATED: It’s come to this: Biden can’t remember Obama’s name)

This latest blip on the Biden UFRM (Unintentionally Funny Remark Meter) apparently flew right over the head of CNN’s David Chalian, who found the president-elect’s words not only not laughable but moving. He equated the “lights that are just shooting out from the Lincoln Memorial along the reflecting pool” with “extensions of Joe Biden’s arms embracing America.” (Clearly Chalian apparently has his own UFRM.)

Naturally, he didn’t miss the opportunity to contrast “what we’ve been through throughout four years of the Trump presidency” with the promise of what is to come in a Biden regime, even taking a gratuitous shot at the outgoing president:

… [Y]ou just saw … a disgraced president on his way out at his lowest point in his presidency at the very end here, by himself, fighting for his political movement to live on, and not even necessarily promising that he is going to be leading that movement … versus Joe Biden on the National Mall. 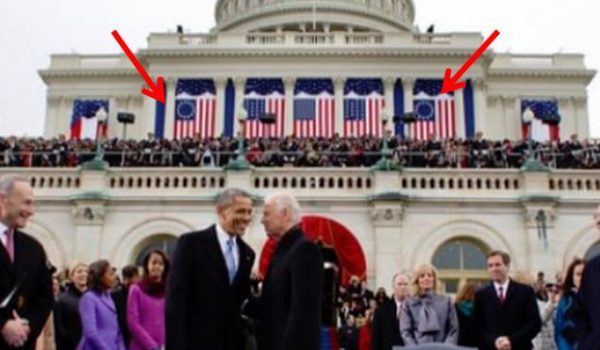 Future question: How was Joe Biden going to unite country? Short answer: He wasn’t
Next Post
Poll: Nearly 3/4 of voters think America is on the wrong track