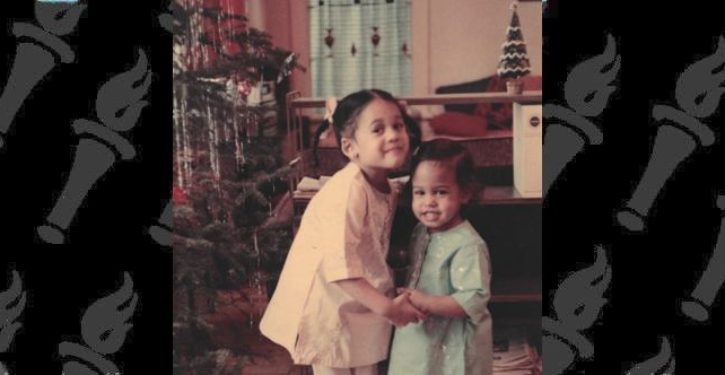 Kamala Harris and her little sister

If Joe Biden can plagiarize with impunity and still get elected president, then why not his second in command? A clear sense is beginning to emerge that Kamala Harris’s life history is about as genuine as the Spanish accent of Alec Baldwin’s wife. (RELATED: If you pare away Biden’s mental unfitness and rape allegations, you’re still left with his lying and plagiarism)

After regaling America with reminiscences of the heartfelt Kwanzaa celebrations her family shared throughout her childhood (that’s her and her younger sister in the photo above mugging for the camera in front of the “Kwanzaa” tree), she is now facing new allegations of having previously “borrowed” details from someone else’s childhood. An interview published in Elle in October features this delightful gem (via Fox News):

Senator Kamala Harris started her life’s work young. She laughs from her gut, the way you would with family, as she remembers being wheeled through an Oakland, California, civil rights march in a stroller with no straps with her parents and her uncle. At some point, she fell from the stroller … and the adults, caught up in the rapture of protest, just kept on marching. By the time they noticed little Kamala was gone and doubled back, she was understandably upset.

“My mother tells the story about how I’m fussing,” Harris told the magazine. “And she’s like, ‘Baby, what do you want? What do you need?’ And I just looked at her and I said, ‘Fweedom.’”

Putting aside her parents’ negligence — rapture, shmapture: you cart your child to a crowded rally, you had better watch her — the story sounds remarkably familiar to one Martin Luther King, Jr. told. The one difference is that Dr. King wasn’t so vain as to make himself the hero of the tale.

After the interview resurfaced Monday, Twitter user @EngelsFreddie and Andray Domise, contributing editor of the Canadian publication Maclean’s, noted that Harris’ story resembled one told by King in a 1965 interview published in Playboy.

“I will never forget a moment in Birmingham when a White policeman accosted a little Negro girl, seven or eight years old, who was walking in a demonstration with her mother,” King said at the time. “‘What do you want?’ the policeman asked her gruffly, and the little girl looked at him straight in the eye and answered, ‘Fee-dom.’ She couldn’t even pronounce it, but she knew. It was beautiful! Many times when I have been in sorely trying situations, the memory of that little one has come into my mind, and has buoyed me.”

For those who might attempt to rationalize Harris’s lie by insisting the little girl King saw was Harris, note that Kings’s version is set in Birmingham, Ala. — an entire continent away from Oakland. The March in Birmingham, moreover, took place in 1963, a year before Harris was born.

Warnock campaign director: He ‘absolutely wants to defund these suckers in blue’
Next Post
Distilleries that made hand sanitizer to help out during pandemic won’t face hefty fine 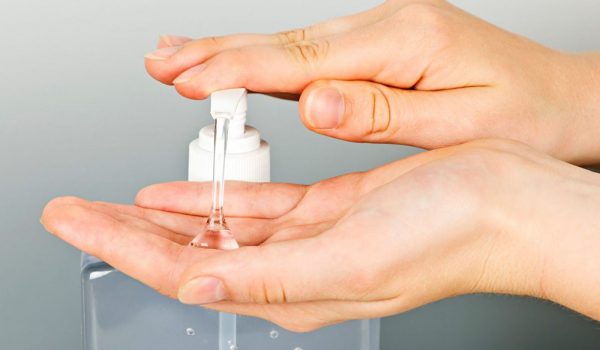