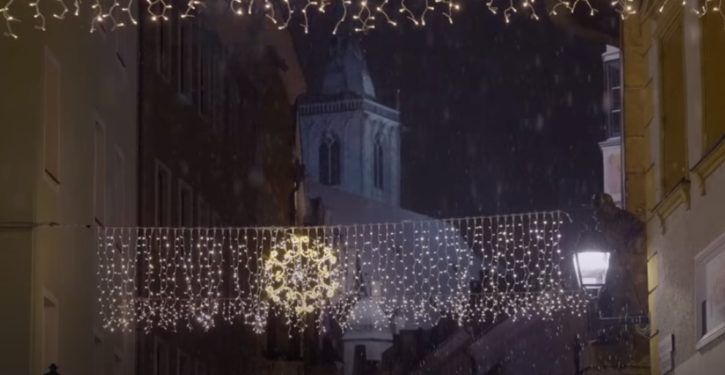 And so we come, bruised and battered, to Christmas Day 2020 and the end of a year like no other.

We’ve about talked ourselves out, when it comes to crises and politics.  We all know what’s wrong, what needs doing, what may or may not need saying (we could mostly write each other’s scripts at this point); and taking more whacks at the poor old dead horse won’t do a lot of good.  Perhaps we should close out 2020 with a brief interlude to focus on other things.

You decide what to focus on.  You don’t need me to tell you.  What I want to do here is just offer some (mostly) musical relief.  Pick; choose; listen to it as a concert or graze it as a smorgasbord.  Or smile and ignore it.

Two stray thoughts before plunging in.  One harks back to Christmas Eve of 1776, when the fate of a ragtag group of colonial revolutionists hung on a daring operation to surprise reinforcement troops brought in by the British and quartered in Trenton.  George Washington led the operation, a river crossing at night, in the freezing cold, to catch the well-equipped Hessian reinforcements unawares.  Many of Washington’s own troops were without boots or even shoes, their feet wrapped in rags to enable them to stagger through the snow.  An amphibious operation is always one of the most difficult to bring off, under any conditions; the effort, made in an hour of desperation, was what American football fans 200 years later would come to call a “Hail Mary.”

But they got it done.  The cold, hungry Continentals of 1776 surprised the enemy in Trenton, after crossing the Delaware, and took out a formidable fighting force, giving Washington’s army precious time to plan, regroup, and rearm.

Fast forward to the 20th century, and visit one cultural way-point.  The Bruce Willis movie Die Hard, released in 1988, has long been disputed for its character as a “Christmas movie.”  It’s set during the Christmas season, of course, but as a bloody, fast-paced action pic it bears no resemblance to classics like It’s a Wonderful Life or Miracle on 34th Street.

Director John McTiernan, however, recently affirmed (if in a sort of elliptical way) that Die Hard is indeed a Christmas movie.

This is the Christmas movie.

To anyone who thinks to reject this truth, the correct response is, er, “Nuts!”

A Merry and blessed Christmas to LU Nation from Liberty Unyielding.

This is a version of the well-known hymn sung to Michael Praetorius’s Rosa Mystica from the early 17th century, frequently performed at Christmas.  The imperfections of the execution here only make it more charming and sweet.  I don’t think you’ll mind.

The Nigerian carol “Betelehemu” has been a favorite of mine for years.  Written by Nigerian drummer Babatunde Olatunji, it is as remarkable for its vocals as for the mix and crescendo of its indigenous drums.  Here it is performed by the Morehouse College (Atlanta) Glee Club, in 1998.  (Olatunji was a graduate of Morehouse College.)

It starts out a bit slowly, but give it time.

A delightful concoction in children’s voices, based on Pachelbel’s Canon in D.  Many readers will probably be familiar with this one.  From Trans-Siberian Orchestra.

There are many, many performances of the “Cantique de Noel” (O Holy Night), but the great tenor Jussi Bjoerling was my father’s favorite, probably because Dad’s voice was much like his.  Listening to this one takes me back to my earliest childhood.

Although the Leonard Cohen “Hallelujah” isn’t a Christmas song, you can pretty much slot it in anywhere.  Like other wildly popular pieces of music, it has been done in many versions.  The Soweto Gospel Choir is singing it here, in Cairns, Australia in 2016.  I kind of think it will bless your Christmas socks off.

In April 2019, in the Holy Week before Easter, a fire in Notre Dame de Paris destroyed so much of the great cathedral that its restoration is expected to take years.  Parts of the structure had stood since the 12th century, and now were beyond repair.  It was a tremendous loss in a cultural sense, but felt very keenly by Christians both in France and throughout the world.

In December 2019, iconic French singer Mireille Mathieu sang Schubert’s “Ave Maria” in her signature style, at a concert commemorating Notre Dame.  It was obvious she was greatly moved as she sang the tribute to “Our Lady.”

What is of special interest to me is comparing her execution to her performance of “Ave Maria” done just one year before, in late 2018.

The artistry of the 2018 performance is greater, and certainly the acoustics were better for that recording.  Here’s a link to it.

But the heart and soul of the performance after Notre Dame’s roof and spire came crashing down, in a rain of fire, could only have come from that later time, short weeks before 2020 burst upon us.  Here is Mireille Mathieu singing “Ave Maria” one year ago.

We mustn’t neglect the haunting, powerful Christmas music that comes from the Orthodox tradition, and this lullaby chant for the Christ child, sung by monks in Ukraine, makes you want to close your eyes and hear as if it’s 600 years ago and you’re surrounded on a cold December night by a whole different era of fellow Christians.  (Nothing has taught us like the last decade, I think, how rapidly the centuries can roll back, and all the arrangements of the modern world, which have seemed so immutable to us, can be overset as history rushes up on us.)

In the Dark Night

In the dark night, over Bethlehem,
The clear dawn was gone, the earth covered with light.
Holy Virgin, Holy Bride,
In the den of the poor Son gave birth.

Refrain: Sleep, Jesus, Sleep, Little,
Sleep, you, star, mine.
Your fate, my dear,
I sing to you.

Gently kissed, covered with a cloth,
She put to bed, quietly started the song:
You grow up, You, Son, You will become an adult,
In the world you will go, My baby.

Refrain: Sleep, Jesus, Sleep, Little,
Sleep, you, star, mine.
Your fate, my dear,
I sing to you.

The love of the Lord and the truth of God
You, in a world of faith, will bring your people,
The truth will live, the shackles of sin will break
But on Calvary, My child will die.

Refrain: Sleep Jesus Jesus sleep little baby
Sleep, you, my star
Your fate, my dear
I sing to you

Sleep Jesus, Jesus sleep little baby
Sleep, you, my pink blossom
And with hope in You
The whole world is watching!

The vicissitudes of the world have been trying to land punches on us for quite a while now.  No Christmas “concert” would ring true in our spirits that did not deliver some body blows or thorn-pricks to the heart.

But as they say in the world of sports commentary, in the end, it all comes down to this.  From the performance of Handel’s Messiah that was always playing in my family home, and that remains my favorite, “For Unto Us a Child is Born.”  (Orchester der Wiener Staatsoper and Wiener Akademie Kammerchor, conducted by Hermann Scherchen, MCA 1959) 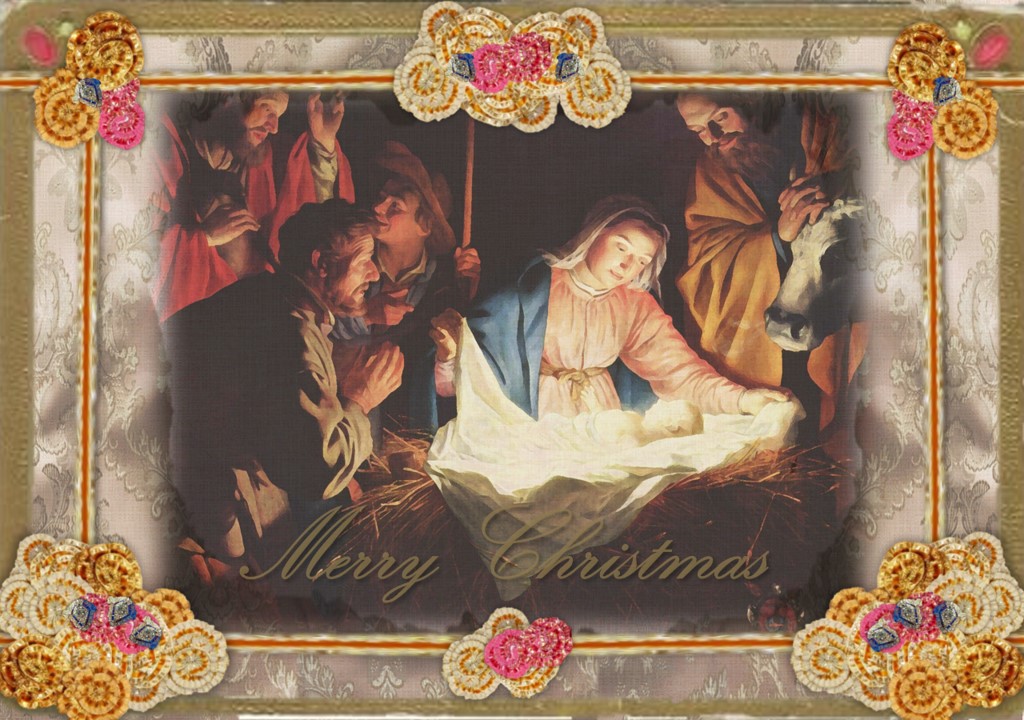 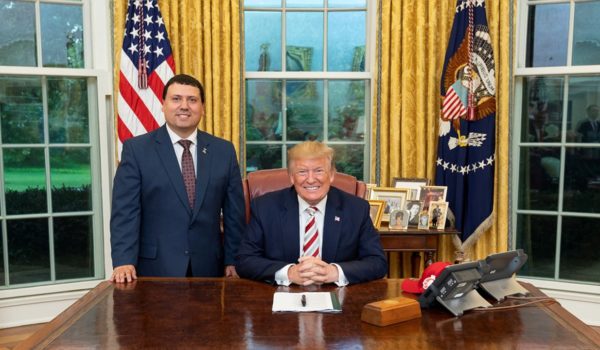 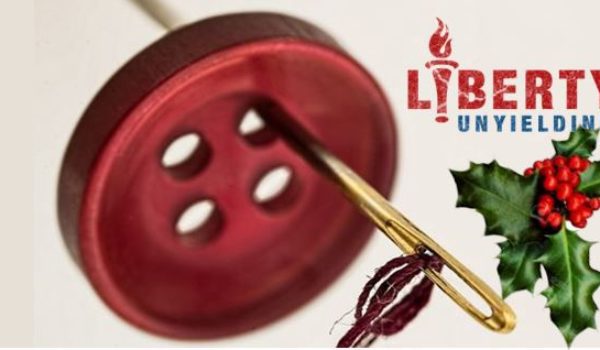