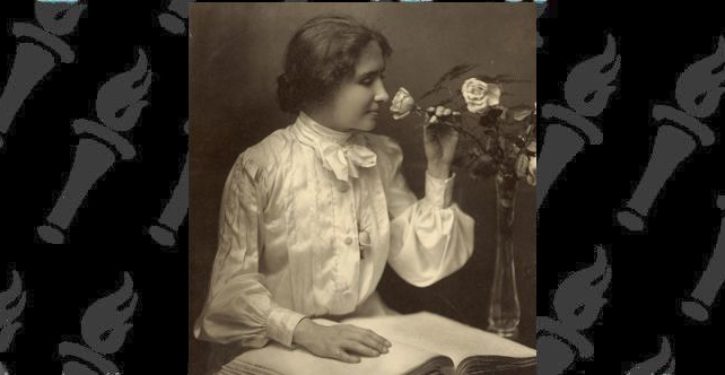 Not so long ago, Helen Keller was hailed as a hero who overcame staggering adversity most of us couldn’t even begin to imagine — now she’s just another evil white person destined for erasure.

She was blind, deaf, and only learned how to speak later in life. And yet she overcame it all — not just to take ownership of her own life, but to become an advocate for others. From The Heroine Collective:

After college, Helen continued to share her story and began working to improve the lives of others with disabilities, even testifying before Congress in an effort to advocate for the blind. She also began fighting for women’s rights, becoming active in the women’s suffrage movement.

Helen’s celebrity continued to grow, which gave her an even bigger platform for her activism. In 1915, she co-founded Helen Keller International to fight causes of blindness, like malnutrition, and help those living without sight. Helen Keller International remains active to this day, leading the fight against blindness worldwide. Five years later, she co-founded The American Civil Liberties Union (the ACLU), which also remains a hugely important organization in the US today.

In addition to founding her own organisations, Helen also worked with the American Foundation of Overseas Blind, for whom she served as the counselor of international relations. As part of her work with the foundation, Helen travelled the world, giving speeches that inspired people and raised awareness. In the eleven years she spent in this position, she completed trips to 35 countries. She even undertook a 5-month, 40,000-mile trip across Asia when she was 75 years old. Everywhere she went, Helen challenged perceptions of the disabled and showed people just how much she was capable of.

She also supported the NAACP.

Considering her remarkable achievements, her life’s work, and the incredible role model she provided, you would think that the Left would be lining up to name buildings in her honor. Guess again:

You’ve got to be kidding me. The woke mob is now going after Helen Keller for being white. 🙄

Nevermind the advancements she worked to achieve for those with disabilities.

The passage in the inset in quotes comes from a Time magazine article titled “Co-Founding the ACLU, Fighting for Labor Rights and Other Helen Keller Accomplishments Students Don’t Learn in School.”

Yet, according to some Helen Keller is “just another privileged white person,” deserving — no doubt — of cancelation.

America has never been sicker, and I’m not referring to COVID. 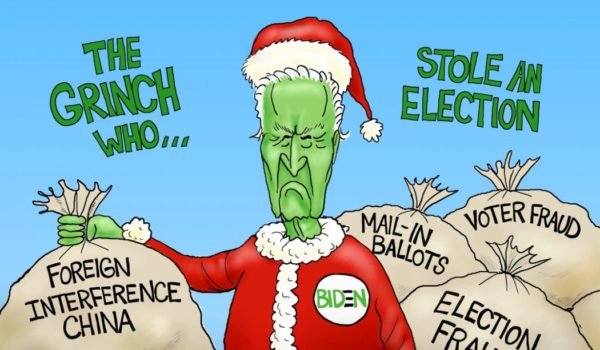