Carter Page is asking a federal judge to allow him to be heard at the upcoming sentencing hearing for Kevin Clinesmith, a former FBI lawyer who admitted to altering an email from the CIA about the former Trump aide’s relationship with the spy agency.

In a court filing submitted Friday, Page’s attorneys also ask that he be granted restitution, saying that actions by Clinesmith and others on the FBI’s Crossfire Hurricane team advanced the false theory that Page was a Russian spy.

Page’s lawyer, Leslie McAdoo Gordon, asserted that Page has a right to speak at Clinesmith’s sentencing under the Crime Victims’ Rights Act, which allows the victims of federal crimes to be heard at public court proceedings.

Clinesmith, who advised investigators on Crossfire Hurricane and later served on the special counsel’s team, pleaded guilty on Aug. 19 to making false statements in a written government document. He acknowledged in his plea deal to adding the phrase “not a ‘source’” to a June 2017 email from a CIA liaison who had provided information about Page’s past relationship with the CIA.

Clinesmith failed to share details of Page’s CIA relationship with an FBI supervisory agent who put together an application to renew a Foreign Intelligence Surveillance Act (FISA) warrant against Page in June 2017.

John Durham, the U.S. attorney handling Clinesmith’s case, is seeking a sentence of between three and six months for the former government lawyer.

In a court filing this week, Durham asserted that Clinesmith knew that Page’s relationship with the CIA was of significance to the Crossfire Hurricane investigation and that it should have been disclosed to the federal court that approves FISA warrants.

Clinesmith told the Justice Department office of the inspector general that any relationship between Page and the spy agency would “drastically” change how the FBI handled its FISA applications. Clinesmith also told the IG that the FBI and Justice Department had “big, big concern” that investigators had targeted a CIA source.

Clinesmith is seeking a sentence of probation with no jail time.

Page’s lawyers said in Friday’s court filing that he wishes to be heard at Clinesmith’s court hearing but has no plans to weigh in on whether Clinesmith should go to prison.

“He will not seek imposition of a particular sentence but wants to underscore that Clinesmith’s offense was malicious and intentional: Clinesmith altered the email in order to hide the truth about whether Dr. Page had been a source for the intelligence agency, and that the information had previously been withheld from the FISC,” wrote Gordon, the attorney for Page.

Gordon asserts in the filing that Clinesmith’s actions helped fuel false allegations that Page was “a traitor to his country.”

The Crossfire Hurricane team began investigating Page and three other Trump campaign advisers’ possible ties to Russia in August 2016. Investigators sought FISAs on Page after receiving the infamous and unverified Steele dossier, which alleged that Page was a key player in a “well-developed conspiracy of cooperation” with the Kremlin to influence the 2016 election.

The existence of FISA warrants against Page was leaked to The Washington Post on April 11, 2017. The story was widely viewed as evidence that the FBI had good reason to investigate Page and the Trump campaign’s links to Russia.

But the special counsel’s investigation ultimately found no evidence that Page or any other Trump aides conspired with Russia. Other allegations in the Steele dossier, which was funded by the DNC and Clinton campaign, have crumbled under scrutiny over the past several years.

The Justice Department IG released a scathing report on Dec. 9, 2019 that said the Crossfire Hurricane team made 17 “significant” errors and omissions in its FISA applications against Page.

Page sued the FBI, Justice Department, Clinesmith and other current and former FBI officials on Nov. 27, citing the details laid out in the IG report.

In her court filing Friday, Gordon asserted that Page has “suffered significant reputational, emotional, and financial harm as a result of the unlawful warrant process in which Defendant Clinesmith was a full participant.”

“Former friends, associates, and colleagues shunned him due to their mistaken belief in the accuracy of the FISA process that labeled Dr. Page, a former Naval officer and patriotic American, as a turncoat engaged in treason.”

Judge James Boasberg, who is handling Clinesmith’s case in the district court in Washington, D.C., set Clinesmith’s sentencing for Jan. 7, 2021. 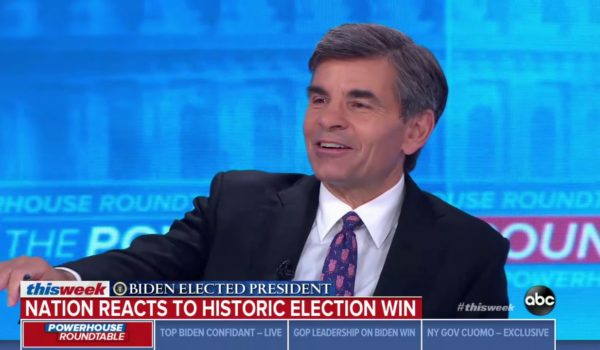