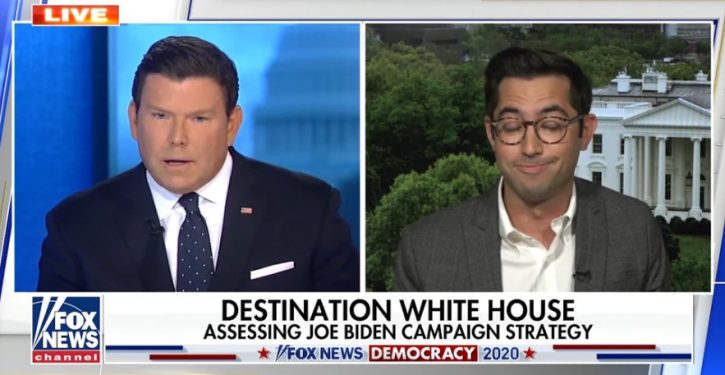 Democrats need one more piece to complete the puzzle. It’s a big piece, grant you — winning both run-off elections in Georgia for the remaining two vacancies in the U.S. Senate. But their chances of completing the trifecta are no longer a longshot. As Hans Bader noted yesterday, polls show Democrat Raphael Warnock leading Republican candidate Kelly Loeffler by 1%, while Democrat Jon Ossoff and Republican David Perdue are in a dead heat. Putative Democratic victories in both races coupled with retaining control of the House and now the presidency would give Democrats total control over the federal government. They could make this monopoly permanent by packing the Supreme Court, awarding statehood to Democratic strongholds District of Columbia and Puerto Rico, and conferring citizenship on some 12 million illegal aliens, as some in the party are threatening.

So what’s to stop them? Not the Fox News Channel. The one-time lone TV island for conservatives in a sea of broadcast-journalistic water-carriers for the Left, Fox received its latest failing grade on Tuesday when its “Fox and Friends” was beaten in the ratings by “Morning Joe” for first time in two decades. What happened to the network that was once the sole source of checks and balances on the Obama administration? Fox was so much of a thorn in Barack Obama’s side that during his first year in office he refused to grant it an interview when he was making the rounds to promote his “healthcare reform” package on other networks. For the duration of his presidency, he placed FNC on a “sh*t list” of its own, firing barbs at them whenever he could.

What prompted Fox News to change its stripes, beginning with its hire of Donna Brazile after she was fired by CNN for leaking debate questions to Hillary Clinton in 2016, is hard to say. Maybe the management or on-air talent had grown weary of being called propagandists for telling the truth when no one else would report it.

Whatever the reason, if the network continues on this path, there will be no television outlet to impose checks and balances on the next administration. Some are speculating that Newsmax will be the next Fox, pointing to an increase its primetime viewership from 58,000 four months ago to 568,000 the week after the election. But that’s small potatoes compared against the ratings of the current cable leaders.