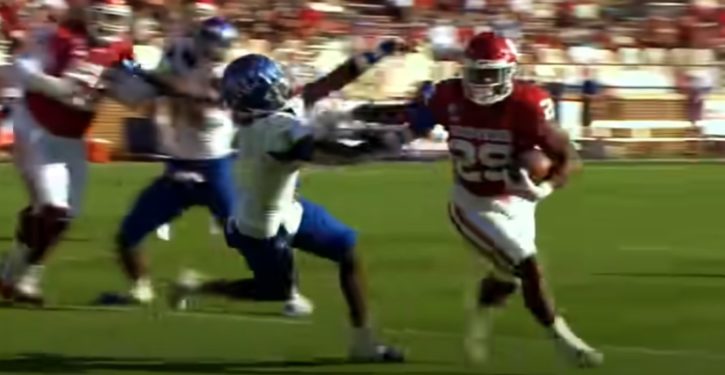 Well, week 11 is already partly (largely) in the history books, and it’s kind of turning into the doozy that wasn’t at this point.  We were all mellow and enjoying the heck out of Wednesday night, and then Western Michigan had to up and slide past Toledo there at the end (a fake spike?  Really?).  It was fun while it lasted.

But what a chapter of no-plays it will be this weekend.  We’ll get to all that.  For now, we note a couple of Friday night bouts that have already come and gone.  We appreciate the folks that are able to get out there and sling some pig at this point, and two of them were Florida Atlantic and Florida International, now playing annually in a Lightly Storied Rivalry for the Shula Award, which is growing on us by the year.  It wasn’t much of a contest as FAU ran off with it.

The other notable, of course, was Iowa thumping Minnesota for Floyd of Rosedale, the bronze pig that kicks tuchus and takes names as one of college football’s all-time best Storied Rivalry trophies.  It wouldn’t be 2020 if this one didn’t sneak up on us and leave us three yards and a cloud of dust, with Minnesota nursing the wounds of a 35-7 thrashing.

The University of Tulsa Golden Hurricane, which beat Notre Dame 28-27 on 30 October 2010, plays on Saturday evening!  At least as of this writing, they do.  TU hosts #19 SMU, and we’re a tad freaked out that the Mustangs are giving only a spotty 1.  Well, a much-improved Tulsa has a shot, for sure.  We’re just proud of both of them still planning to be on the field.  This is a big game for the American this year.

Navy and Memphis are Solemnly Postponed.  (At this point we’re saying, yeah, right; that’s a cank.)

Army at Tulane is still on in a sea of no-shows, with the Green Wave giving 4.  We’re kind of smelling upset here, but don’t go by us.  2020 is the weirdest thing ever.

Air Force and Wyoming, we infinitely regret to say, have had a Melancholy Cancellation.

Virginia Tech hosts #9 Miami (Da U) for their Storied Rivalry meet, and we kind of think someone’s on drugs, because the Hokies appear to be giving 2.   I mean, we don’t think the Hurricanes are all that either, but we do think they’d show respectably against VT’s late opponent Liberty, which edged Tech out last week in a shower of, let’s not kid ourselves, ignominy.  Well, we certainly think VT also has a good shot, so we’ll look forward to this one with interest.

Nevada at New Mexico also remains on for Saturday evening.  The Wolf Pack give seems to have settled out right around 17.  We can never spend enough time vicariously enjoying the amenities of Dreamstyle Stadium, so we also look forward to that one.

LSU and #1 Alabama are Solemnly Postponed, if you can believe that.  In a normal year, this would have the makings of a major disturbance in the Force for the SEC.  Of course, in a normal year, there would be no postponement.  In any case, it’s freakish and unplanned.  These promises of postponement are admirably optimistic, but there are only so many weeks left.

Kansas State has the week off and will be at Iowa State next week.

TCU prevailed over Texas Tech last week, looking better than they have all season, and will take their show on the road on Saturday to West Virginia, pride of the Big 12.  The 3-3 Horned Frogs and 4-3 Mountaineers are looking pretty evenly matched, with the home-slices giving 3-ish.

Toledo will be in Ypsilanti next Wednesday, 18 November, to take on Eastern Michigan, which is 0-2 but not for lack of trying.  The Eagles have managed to put up some offense so far, but their D needs work.  On paper, it looks to us like Eli Peters and his merry men can take them.

#2 Notre Dame will be at Boston College for their Storied Rivalry, long known as the Holy War and now dubbed the Frank Leahy Memorial Bowl, which – nothing against Mr. Leahy – is not an improvement.  They play for the Ireland Trophy, a big crystal bowl, which is terribly Irish of course.  The Arsh are giving right around 11.5.

#3 Ohio State at Maryland has experienced a Melancholy Cancellation.

#4 Clemson has the week off to get motivated, not to mention Trevored up again.

New #5 Texas A&M has a shot at remaining #5, with a Solemn Postponement versus Tennessee.

New #8 BYU has the week off (you see what we mean about this nothingburger of a week).

New #10 Indiana will be at Michigan State bright and early on Saturday, giving 9.  We naturally won’t fail to mention that this is a Storied Rivalry for the Old Brass Spittoon, which we only hope is being sanitized to an exacting standard for COVID-19 considerations.  We hate to think of the protein chains infesting that receptacle.

With 15 games in the Solemn Postponement or Melancholy Cancellation category, we’ll look on the bright side and rejoice in the attention we’ll be able to give to games that might otherwise not get so much of it, in a funky-town year like this one.

The marquee game Saturday night gives us very respectable fare with #13 Wisconsin at Michigan, however, for handicapping which we’re going to throw up our hands and leave it to the professionals (who have Wisconsin at -5).

While Arkansas could step up and make the Florida match the game of the week, the operative word there is could, and let’s just say we’re not counting on it.  The clash in Ann Arbor could fill the bill, but the category may go begging this week.

In a rare out-of-the-box outing, Cal is scheduled to meet UCLA in Pasadena on Sunday, riding in on the squishiest 1.5-point give ever.  (Their previously scheduled Saturday opponents both bowed out in Melancholy Cancellations, so they’re making lemonade out of lemons.)

We do have Wake Forest at North Carolina (-13) to keep the Storied Rivalry thread alive, as well as Vanderbilt at Kentucky (-17).

We wouldn’t have predicted the spread at the beginning of the season, and that’s the main thing we can say about this one, but Penn State will be giving 3 at Nebraska in the early game on Saturday.

Finally: the big day is Saturday, 14 November, and Coast Guard and Merchant Marine are doing Div III proud in the Mariners’ house in Kings Point, NY.  It’s their one shot this year, so as you can imagine, there will be homecoming and honoring seniors and parents all rolled into one.

That said, it’s all a virtual commemoration, because no one gets to be there to see it except the midshipmen (and the players, of course).  It will be aired on ESPN3, with a noon kickoff (Eastern Standard).  Right now Saturday looks glorious weather-wise, sunny and topping out around 50 looking out over Little Neck and Long Island Sound.

No, silly, there are more of them than that.  Masked Mariners pose before the big (and only) game of 2020. 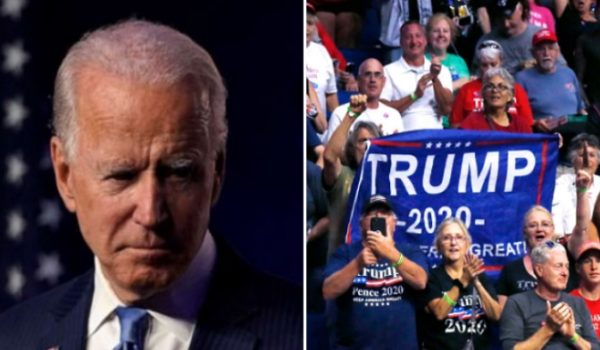 Report: Biden’s team worried his inauguration will descend into a ‘MAGA rally’
Next Post
A (somewhat) contrarian view of report that military lied to Trump about troops in Syria