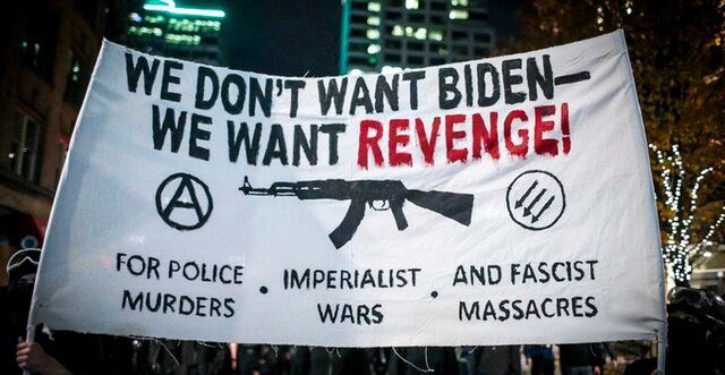 If you thought the outcome of the 2020 presidential election really mattered to adherents to Black Lives Matters’s and Antifa’s Marxist credo, think again. Ditto if you thought the protests would end once Joe Biden had been coronated by the media-polling complex.

Here is the scene last night in one Los Angeles neighborhood shortly after midnight. A white homeowner attempts to reason with the mob (many of whom are also white!), explaining that he’s on their side. “There’s my Biden sign,” he pleads. “Don’t destroy anything. Be peaceful.”

The mob’s reaction? Peaceful protesting is for chumps. In fact it’s worse than that. “Peaceful protest is white supremacy,” one of the BLMers shouts in response to the man’s plea. (RELATED: WaPo’s Jennifer Rubin: ‘We have to collectively burn down the Republican Party’) 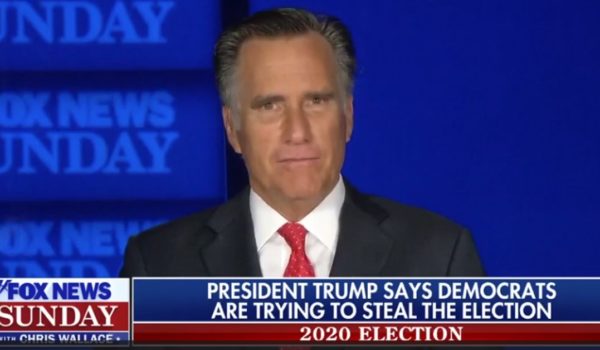 Mitt Romney: It’s important for democracy that we don’t allege vote fraud
Next Post
Cartoon of the Day: In the dark of the night 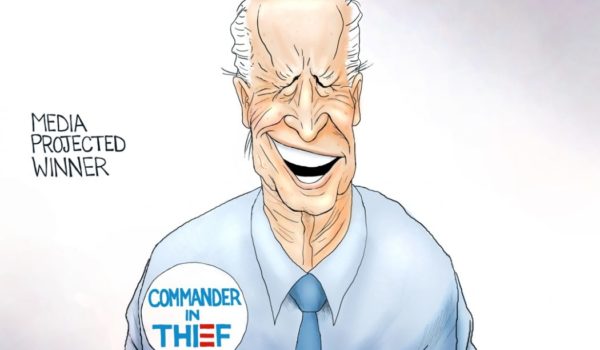