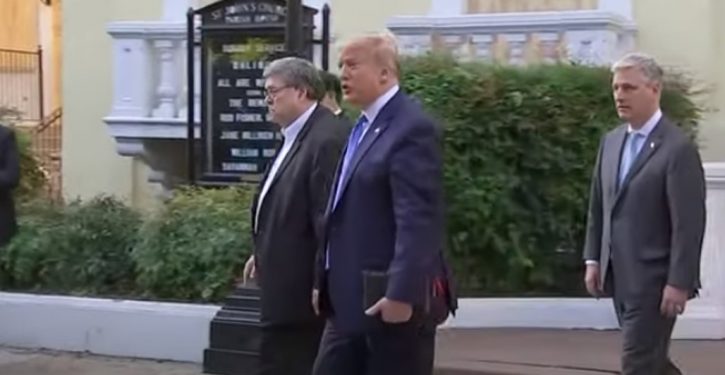 This is going to be short(ish) and sweet.  It will basically lay out a few dates for which there is full documentation and little or no dispute as to when the events occurred.

The opener is a report from James Rosen, now an independent journalist with Sinclair.  The Department of Justice confirmed on Thursday that when the FBI subpoenaed the Hunter Biden laptop in December 2019, there was a related and ongoing FBI investigation in progress.

EXCLUSIVE: A @TheJusticeDept official confirms that in 2019, the @FBI opened up a criminal investigation into "Hunter Biden and his associates," focused on allegations of money-laundering, and that it remains open and active today. More very soon on your @WeAreSinclair stations.

Rosen followed that up with an interview of Tony Bobulinski, the Biden associate interviewed earlier this week by Tucker Carlson.  In the Rosen interview, Bobulinski said he had been interviewed by the FBI on 23 October 2020.

EXCLUSIVE: Tony Bobulinski tells @WeAreSinclair he was questioned by six @FBI agents, with counsel present, for five hours on October 23, listing him as a "material witness" in an ongoing investigation focused on Hunter Biden and his associates. His cell phones were examined. pic.twitter.com/5lPzRTREJN

Let us note that it is therefore interesting, in its own right, that Bobulinski is being allowed to disclose to the media that he was interviewed on 23 October.  It would mean, at the very least, that the FBI isn’t worried at this point that such information will alert others potentially involved.  It seems unlikely, given the nature of Bobulinski’s information, that that in turn means there’s no there there.  More likely, it means what Brian Cates points out in his thread today on the Rosen report.

I hope all the proper loins are properly girded.

They didn't leak this to Rosen, they **handed** it to him because they are getting ready for the DOJ rollout of the case.

The Rosen reports confirmed information Adam Housley put out back on 20 October 2020.

1/2 Breaking: Multiple FBI sources…The FBI investigation into the laptop has been ongoing since December of 2019…there's a lot going on behind the scenes. A lot. There is a massive amount of info.

And Fox News had similar information in a report published on 21 October.  Said Fox: “The FBI’s subpoena of a laptop and hard drive purportedly belonging to Hunter Biden came in connection with a money laundering investigation in late 2019, according to documents obtained by Fox News and verified by multiple federal law enforcement officials who reviewed them.”

So there is documentation on multiple fronts that the FBI was, in fact, interested in the laptop, and its interest went beyond the aspect of potential child pornography and related concerns.  The money-laundering aspect alone would inevitably implicate other actors, potentially including Hunter’s father, Joe Biden.

The timeline dates are few but important.

The first part is a brief refresher on December 2019.  There had been much discussion of impeaching President Trump between September and November 2019, as the “Trump-Ukraine” inquiry run by Rep. Adam Schiff in the House of Representatives rumbled along.  The series of cloak-and-dagger hearings in the basement SCIF ended shortly before Thanksgiving, with a few public hearings after weeks of behind-doors testimony.

By 30 November 2019, Schiff House Intelligence Committee was at work on a report of the inquiry.

The House Judiciary Committee voted on party lines, on 4 December 2020, to refer President Trump for impeachment by the full House.

5 December 2019:  Nancy Pelosi called for articles of impeachment to be drafted.

9 December 2019: The FBI issued a subpoena to the Delaware computer repair shop owner for the Hunter Biden laptop.

12 December 2019: The House Judiciary Committee voted on party lines to forward the articles of impeachment to the full House.

18 December 2019: The full House voted to open an impeachment process based on the articles forwarded by the Judiciary Committee.

What does that mean?  An interesting question.  To interpret it, we should consider what happened earlier in 2019.

We had a lot of information about the earlier developments at the time.  But what we didn’t have was the story of the Hunter Biden laptop.  We can let it help put the “Trump-Ukraine” impeachment saga in perspective.

April 2019 (specific date not given): the Biden laptop was dropped off with the computer repairman in Wilmington, Delaware.  A standard clause in the work ticket stated that if the laptop was left unclaimed, with the bill unpaid, for 90 days, it would become the property of the repair shop.

April 2019 was the month Joe Biden declared his candidacy for 2020, and Hunter Biden resigned from the board of Burisma.  It’s also when Volodymyr Zelensky was elected president of Ukraine (21 April 2019) on an anti-corruption platform.  It’s also when President Trump recalled the U.S. ambassador to Ukraine, Marie Yovanovitch, on 24 April 2019.

At the same time (the end of March and early April), John Solomon published articles (here, here, and here) on information about Biden gained from Solomon’s and Rudy Giuliani’s contacts with Ukrainian officials.

So it’s pretty much a certainty that the earliest date the repairman could treat the laptop as his own, and would have done so, fell in mid-to-late July 2019.

The president’s phone call with President Zelensky of Ukraine took place on 25 July 2019.  The intelligence community leaker (referred to incorrectly by the mainstream media as a “whistleblower”) submitted his account of the phone call to the Intelligence Community Inspector General on 12 August 2019.  It later emerged that Adam Schiff had known about the document forwarded to the ICIG from the beginning, and that staffers working for Schiff’s Intelligence Committee were close associates of the leaker (who, during his stint at the NSC staff, had also worked for then-Vice President Biden).

September 2019 (specific date not given):  The computer repairman, having reviewed some of the contents of the abandoned laptop, believed it should be given to authorities.  He contacted an intermediary who put him in touch with the FBI.  Apparently direct contact with the FBI didn’t occur until later.  But this appears to be when the FBI learned of the laptop.

9 September 2019:  Schiff and two other committee chairs opened an investigation of Trump’s dealings with Ukraine, based on the complaint from the intel community leaker.

13 September 2019:  The story of the phone call leak from the intel community broke in the media.

25 September 2019:  “After months of resisting an impeachment investigation, Mrs. Pelosi said at the end of a day of meetings with House Democrats that she was directing six House committees already investigating Mr. Trump to continue their probes ‘under that umbrella of impeachment inquiry [emphasis added – J.E.].’”

November 2019 (specific date not given):  “The FBI comes to Isaac’s [the computer repairman’s] home, makes a forensic copy of the laptop but leaves the original devices.”  This is when the heat ratcheted up, for those who knew about the laptop and the fact that the FBI had a forensic copy of its contents.

That’s it.  That’s the timeline.  The earlier dates put the December 2019 dates in – that word again – an interesting light.

In its 30 November 2019 report, Politico referred to the impeachment process as “fast-moving.”  Yes.  The FBI knew about the Hunter Biden laptop as early as September 2019, had a copy of its contents by November 2019, and by the first few days of December 2019, officials in the FBI and DOJ would have known they were going to subpoena the laptop, which they did on 9 December.

The reports from Adam Housley and Fox News on 20 and 21 October 2020 indicate that, at the same time – i.e., that period in late 2019 – the FBI had another investigation underway involving Hunter Biden and money-laundering.  (See the timeline compiled here for the ample opportunity there was leading up to that period for the agencies to encounter evidence that would prompt such an investigation.)

As a thought experiment, consider the possibility that the FBI investigation, and the existence of the laptop, were known about outside of the FBI and DOJ in the fall of 2019.  The fact of the separate investigation makes that more likely.  It meant the FBI had a compelling predicate for such an investigation at that point.

One possibility is that these facts were known by Democrats on Capitol Hill.  Remember: these are things Adam Schiff would not leak for public consumption.  No one else was going to either.

There isn’t specific information on when Rudy Giuliani learned of the laptop.  It seems to have been no earlier than January 2020, if we go by the timeline in the Fox News summary.  But Trump was aware of everything Giuliani knew prior to that, about Ukraine and the Bidens, and we can assume he learned of the laptop quickly from Giuliani.  He may have known about it at the time of the impeachment hearings.  He may have known about the separate FBI investigation of money-laundering.

Such awareness would help account for the tone of certainty with which Trump has tweeted on related topics throughout 2020.

And if Brian Cates is right about how close the DOJ is now to rolling out a case, this is one of the big things the department has been working on for months as part of the Durham investigation (at the least, as a closely related case).

A view like this into the matter helps to frame it as what it really is: a maneuver campaign being waged between the Deep State and Trump administration.  I’ve tried in a number of ways to convey this overwhelmingly important point, to people who are impatient for indictments: nothing is going to stand still and wait to be indicted, in this scenario.

Just about everything we see coming from the Left is a preemptive strike, based on anticipations we out here don’t know enough to have or foresee.  But the Democratic officials, political operatives, and media figures of the Deep State have known all along who the Bidens are.  They do know what to anticipate.  They’re picking targets to try to get “functional kills” on in advance, so that fresh revelations from law enforcement and quality journalism will be, if not interdicted, at least pre-impugned and neutralized.

Since William Barr became Attorney General, the Trump administration has slowly been gaining on the Deep State’s knowledge advantage.  Ponder the point that the Bidens aren’t the only game in town – Clintons, Russiagate, Spygate; the Bidens are just one of many interlinked tragedies – and you begin to realize how very big and pervasive this thing is.  It’s a war nobody knew in advance how to fight, but that’s what it is: a war. 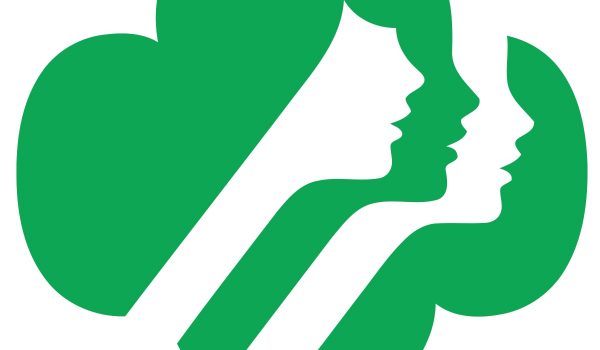